Man stripped, tonsured, made to drink urine for eloping with married woman 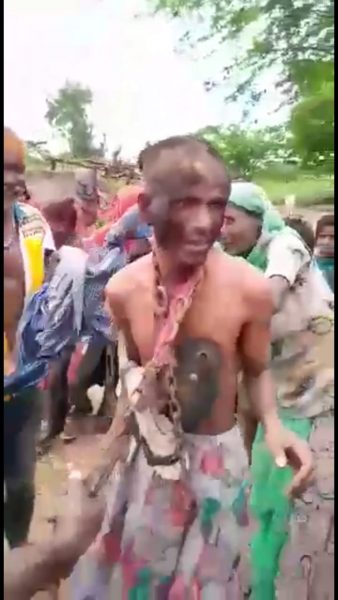 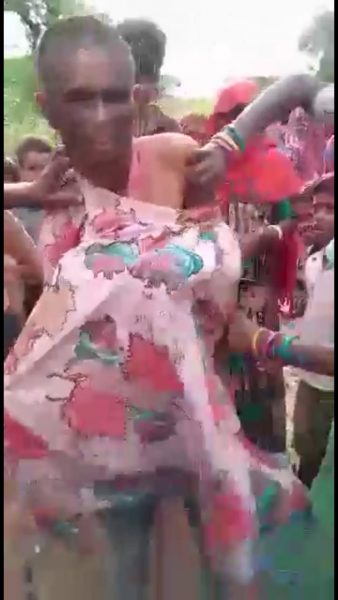 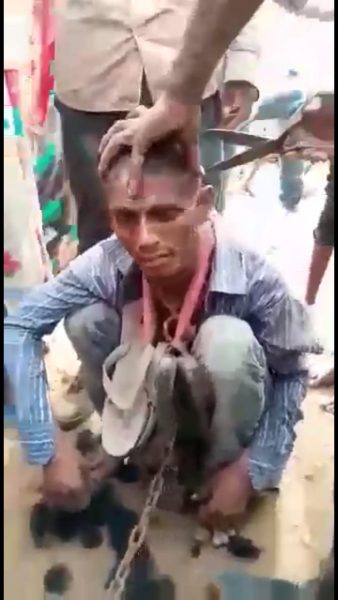 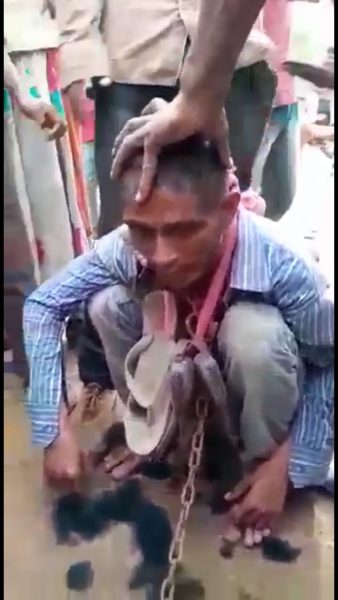 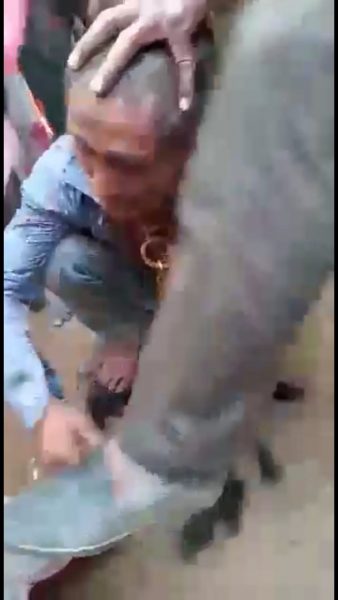 Udaipur : In a shocking incident, a couple was tortured and treated inhumanly in public by people of their community in Mandikpur Kalbeliya basti under Kheroda police station area of the district on Sunday. The man was stripped, tonsured and paraded in a petticoat after people made him wear garland of shoes and chappals. Even disgustingly, urine was forced down his throat while few attempted unnatural sex with him publicly! All this was done because the man had eloped with a married woman without paying the compensation prevalent under Nata custom to her first husband.

After the video went viral on social media, police rushed to the spot and rescued the couple. ” Four people including two women have been arrested. One of the arrested men is the woman’s husband who was the main one behind the act. We are investigating the case and more people are being identified on the basis of the video clips” KailashChandra Bishnoi, Udaipur SP told Udaipur Kiran. The officer said that there were large number of people who witnessed the incident including children. However,  those who were involved in the inhuman act would be arrested. The victim Suresh son of Heeralal Kalbeliya, resident of Kapasan, Chittorgarh has registered a criminal complaint against more than a dozen people on the charges of abduction, physical assault and unnatural sex.

Suresh told the police that he had taken away a woman from Mandikpur basti under the Nata custom and the couple were living in Gunjol in Nathdwara block of Rajsamand. On saturday night, the woman’s first husband and his relatives abducted and brought the couple to Mandikpur where they both were tortured overnight. On Sunday morning, they were brought to the chowk were both of their heads were shaven by the woman’s husband. Suresh told the police that some of the people including women stripped him, made him wear a petticoat, blackened his face. They treated him inhumanly by tying him with iron chain so that he could not run. He was paraded in garland of footwears. Shockingly, no one from the crowd tried to rescue the couple, on the contrary, they jeered and made video clips of the entire episode.