Credit rating agency, CRISIL has downgraded the rating on the Upper Tier II bonds (under Basel II) and Tier I Perpetual bonds (under Basel II) of IDBI Bank to ‘A-‘from ‘A’ and placed the ratings on Rating Watch with Developing Implications because of the weak capital ratios of the bank, which impedes its ability to pay coupon on these instruments.

However, CRISIL believes that the Bank will continue to benefit from strong support from GoI, or LIC if the deal were to fructify. The bank’s asset quality and earnings profile are however, expected to remain under pressure over the medium term. The ratings on the Tier II bonds (under Basel III), Infrastructure bonds, Lower Tier II bonds (under Basel II), Omni bonds and Flexi bonds have been reaffirmed at ‘ A+/Stable’ while the ratings on the fixed deposits programme and the certificate of deposits programme have been reaffirmed at ‘FAA/Stable’ and ‘ A1+’ respectively. The rating on the Tier I Bonds (under Basel III) has been withdrawn as the instruments have been redeemed. The withdrawal is in line with CRISIL’s policy. 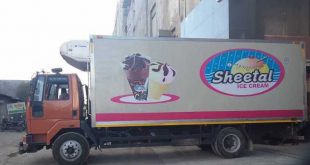