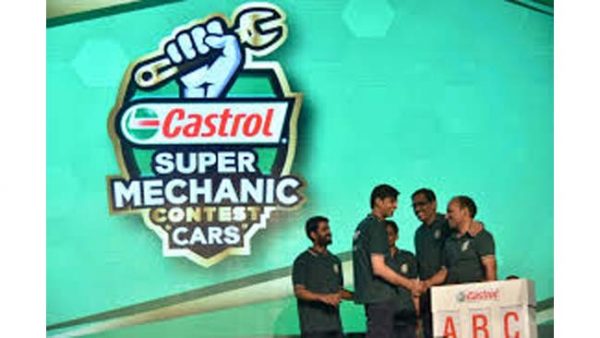 The programme, which saw an overwheliming participation of more than one lakh mechanics in 2018, commenced with the computerized Interactive Voice Response round (IVR). This round will further select 40 mechanics each in the cars and bikes category. The final round in Mumbai will have the top ten mechanics in each category vie for the top slot on national televisionand will encompass challenges that will test their theoretical knowledge and practical skills Stepping it up this year, Castrol India will be conducting learning sessions endorsed by Automotive Skills Development Council (ASDC) for close to 5,000 mechanics in 20 cities doubling the cities they are being held in, compared to last year. To broaden the reach and amplify the exposure of this event, Castrol India has associated with Zee Media Corporation to conceive and curate it, making it the largest Castrol Super Mechanic competition to date.
Passionate about the success and growth of the mechanic community, Omer Dormen, Managing Director, Castrol India Limited said, “The Castrol Super Mechanic programme accentuates Castrol India’s commitment to elevate the skills of the mechanic community and recognises their talent and huge contribution to the society through a public platform. It is extremely delightful and gratifying to help the transformation of these mechanics who help keep India moving.” He further added, “We hope the programme and previous winners of the Castrol Super Mechanic contest inspire many more this year to script their winning story.”

Zee Media Corporation will be airing various segments from the Castrol Super Mechanic programme across various Zee channels thus giving an opportunity to many mechanics to be on national television. Speaking on the occasion, Ashish Sehgal, Chief Growth Officer, Zee Entertainment Enterprises said, “Bringing alive the stories of the mechanic community for our audience is something never seen before on Indian television. In the true spirit of Zee’s culture of transforming ordinary people into extraordinary heroes, we are delighted to join hands with Castrol India for this project to build pride in their profession.”

The programme will conclude with Super Mechanic winners announced at a glittering red carpet finale in Delhi and it is slated to go on-air on Zee Anmol starting July 2019. The show will also be aired on various Zee network channels including Zee News.

To participate: To participate, the applicants can dial 1800-120-1401 and follow further directions.
Dates and registration details regarding the mechanic learning sessions will be announced shortly. Mechanics will also be informed through SMS and can stay updated by visiting www.castrol.co.in