SC to WB: Don’t declare results of candidates who have won unopposed

The Supreme Court has noted with concern the fact that over a large number of candidates in Panchayat elections in West Bengal have won the election unopposed.

A bench headed by Chief Justice Dipak Misra took note of the fact that almost 17,000 candidates have won the panchayat polls unopposed and directed the state poll panel not to declare them as winners.

The apex court said the fact that 34 per cent of the candidates have won the election unopposed, “are worrying.”

Court further asked the state poll panel to ensure “free and fair” panchayat elections on May 14 in the state.

The filing of nomination process for the panchayat polls was marred by violence incidents with opposition parties alleging that the Trinamool workers did not allow other party candidates to file their papers. 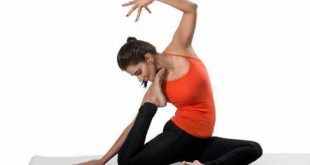 This five minute protocol is intended to introduce people at the work place to Yoga, …