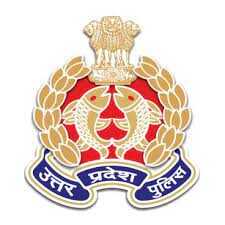 Noida : The Noida Police on Saturday said it has arrested two men for duping over Rs 2 crore from people on the pretext of giving them lucrative monthly returns on investment in their car taxi service company.

The modus operandi of the gang has been found similar to the infamous ”Bike Bot” scam in which over two lakh people were duped of around Rs 3,500 crore, the officials said.

The matter came to light after a complaint of fraud at the Phase 3 police station here, Additional Deputy Commissioner of Police (Central Noida) Ankur Aggarwal said.

“The company officials had told investors that their taxis would be engaged by the government for its officials on a contract basis and all investors would get a lucrative monthly return,” Aggarwal said.

“However, when investors did not get the assured returns, the fraud came to light and it was found that the contract of taxi service they had shown to investors was also forged,” he said.

The case was pursued and two people, identified as Vipin Tomar and Deepak Choudhary, have been arrested, while searches are on for their other partners, the police officer said.

According to officials, the woman on whose complaint the FIR was lodged has been duped of Rs 2.06 crore by the company, which had assured investors of a monthly return of Rs 25,000 on investment of Rs 3 lakh.

A Tata Harrier car has been impounded from their possession and an I-phone purchased from the company”s accounts has been seized, the police said.