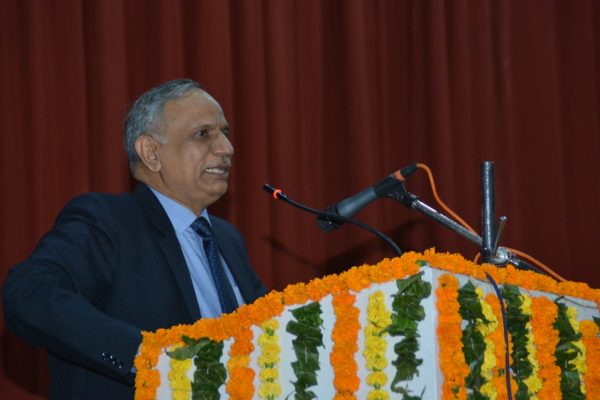 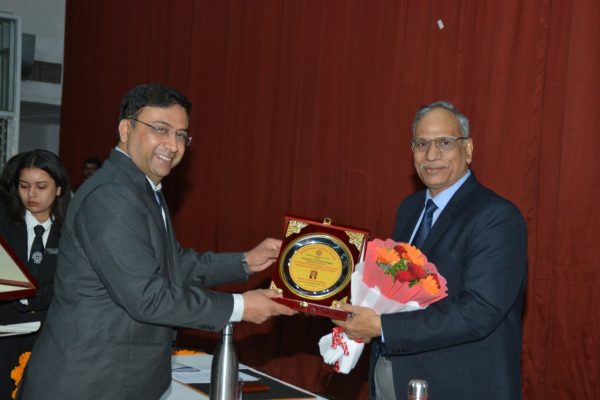 Udaipur : Chief Justice of Allahabad High Court Govind Mathur said the legislature, executive and judiciary are working harmoniously and performing their functions finely as laid down by the Indian Constitution. We all make mistakes and so these wings too may err at times but otherwise, they are doing their duties diligently.

“In 1985, former Chief Justice PN Bhagwati had said that our judicial system is on the verge of collapse. We are in 2019 now but I do not feel a little that  our judicial system has even shrunk” Mathur was answering to the queries of law students at the University auditorium in an extension lecture program held by the Law college on Saturday. One of the student raised a question whether due to the Nirbhaya case or Hyderabad rape case, people are losing their faith in the concept of ‘Nyaya’ and applauding police encounter, the Chief Justice said Indian judiciary is too strong and cannot be weakened by few instances.

He said in villages even today, people have strong faith in the judicial system. “When anyone is beaten up in a village, he challenge his adversary to see in the court and not anywhere else. So long as people continue to have faith, the judiciary would never fail” he said. Mathur further said that it is the duty of the activists, civil society at large to see that nobody’s right is curbed. “Being a sitting judge, i have lost all my suggestive rights, but there are various remedies for all incidents of restoring and establishing socio-economic rights of the people. Educated and vigilant people should report such events and bring them to the knowledge of the courts which have been taking suo-motu actions in many issues of human, ecological interests” he said.

Citing various decisions of Supreme Court, Mathur said ” Directive principles are like a torch which guides the judiciary to decide and help in the enforcement of socio-economic rights of the public” . On the occasion the guests including acting Vice Chancellor N.S Rathore, Law college Dean Anand Paliwal and assistant professor Rajshri Potaliya launched a law journal of Mohanlal Sukhadia University.