Udaipur : A 12th class student lodged a complaint against principal of a private school here alleging that he molested her few times and was pressurizing her for a physical relationship. The girl said the Principal threatened that if she didn’t sleep with him, he would not sent the internal marks to the board thus making sure that she doesn’t get through the board examination.

A case has been registered at the GoverdhanVilas police station. SHO Bhawani Singh Rajawat said that the student came with her parents in the evening and gave a written complaint against the principal of Gurukul senior secondary school Chandraprakash Singhvi claiming that he behaved indecently with her first time on November 13 when she was sitting with her classmates.

The accused called her inside his office and touched her in an indecent manner. The girl said she reported the matter to her mother who first asked her to keep mum as this could cause shame to her family. After that incident the Principal kept calling her to his chamber at some or the other pretext and pressurised her for getting intimate with him. 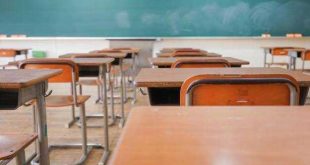