“Bohemian Rhapsody”, which tells the story of British rock band Queen and its frontman Freddie Mercury, has become the highest-grossing biopic of all time.

The film became a champion at the box office by earning USD 608 million globally and USD 175 million domestically since its November 2 release, reported Entertainment Weekly. While Malek was praised for his portrayal of Mercury, the film had mixed reviews from the critics who felt that it did not do complete justice with Mercury’s life.

“Bohemian Rhapsody” also had a turbulent production to screen transition as director Brian Singer was fired just before the shooting completed though he retained the credit. The film’s success, in part, has also made the song ‘Bohemian Rhapsody’ the most-streamed track of the twentieth century. 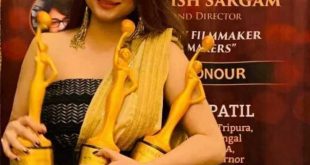