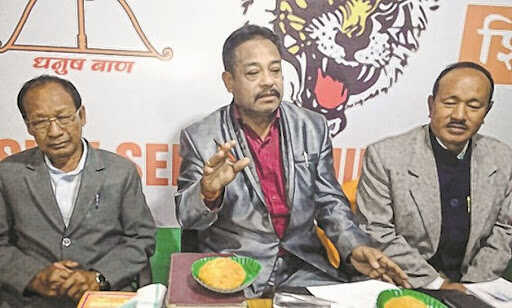 Thagjam Shyam, who was the Congress candidate in the Khudrakpam seat in the last assembly elections, was among the leaders who switched sides, Shiv Sena”s Manipur unit president Moirangthem Tombi Singh told PTI.

The Manipur Democratic Alliance (MDA), comprising six political parties, will fight the next assembly elections to be held in 2022, he said.