Home / UDAIPUR / Woman tied to tree, tortured in Rajsamand village : Didnt like husband, went away with another man

Woman tied to tree, tortured in Rajsamand village : Didnt like husband, went away with another man 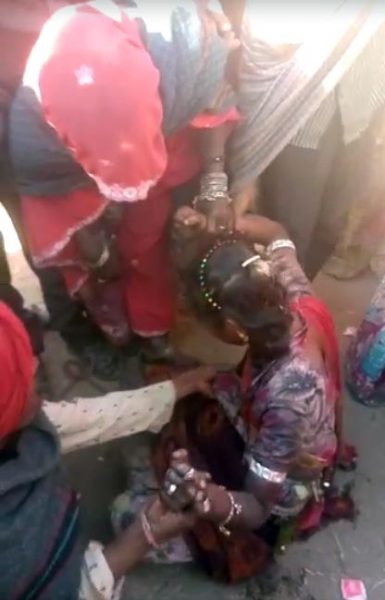 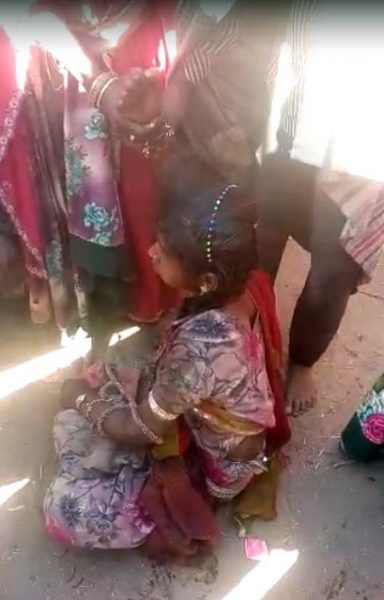 Udaipur : In yet another case of inhumanity of the extreme kinds, a woman was tied to a tree and publicly assaulted for daring to defy the patriarchy. The 19-year old woman was tied to a tree, beaten by her family members. Taking advantage of the situation, one or two of the men even pulled her clothes and tried to take off her blouse. Her fault? She didnt like the man she was married to and had gone away with another boy of her choice under the ‘ Naata’ custom permissible under the tribal traditions. However, the police intervened timely and rescued the girl, thus averting a greater mishap.

The incident took place in Bhilo-Ka-Taakda of Melawadi area under Kelwara police station limits of Rajsamand district on Thursday. ” The woman was already married to a man from Kherwada village in Udaipur. But she didnt like her husband. She went to her maternal uncle’s home and from there went under the Naata custom with a boy of her choice on February 7. When there was no decision from the caste panchayat, the woman came to her home on Thursday. Her parents were angry and they thrashed her” Shaitan Singh, SHO Kelwara police station told Udaipur Kiran.

The woman tried to immolate herself. This infuriated the family even more who dragged her out of the house and tortured her publicly, the crowd that gathered at the spot jeered and taunted for her act. People recorded the incident on mobile and the video clips went viral. The police rushed to the spot and rescued the woman. ” We have brought the woman to police station and a medical examination would be conducted. A case has been registered against her father, mother and brother under sections 342, 323, 330 of the IPC. We are examining the video clips and if she had been sexually assaulted, relevant sections would be added to the complaint” the officer said.