Home / LIFESTYLE / With Advanced Methods Of Farming, Shankarlal Has Seen Improved Productivity In His Yeild By 40%

With Advanced Methods Of Farming, Shankarlal Has Seen Improved Productivity In His Yeild By 40%

Samadhan Project has changed the life of 65 years old Shankarlal Choudhary whose only source of income is farming and cattle rearing.

Shankarlal was dependent on traditional methods of farming until 2009, after which he became aware of the Wadi Project under Hindustan Zinc Samadhan Program. After being associated with Project, Shankarlal saw a drastic change in his life. Under the project, not only was he taught the latest technological advancements in farming, but was also provided with 80 lemon plants, hybrid seeds & saplings, organic fertilizers and pesticides.

Under the project, Shankarlal has also attended many exposure visits to Udaipur Agriculture University, KVK Government Institute in Rajsamand and to Pune & Nashik in Maharashtra.

Shankarlal owns 8,000 sq. m. of land, out of which he has used more than 3000 sq. m. of land for lemon cultivation. After switching from traditional methods of farming to new advanced methods, he has seen 40% increase in his productivity. With adoption of the latest methods of farming, irrigation has improved and less water is utilized with water consumption reducing to 6 times from 8 times. Shankarlal has experienced diminishing expenses and increasing benefits since he has been a part of Samadhan Project. Initially 30 kg wheat seeds were required per bigha, and now only 20 kg is required.

All this while, Shankarlal’s son, Badrinath, not looking for any other job, dedicatedly helped him in increasing his productivity and yield by multi folds. Along with 50 kgs of lemon getting sold daily, now they also cultivate cotton, maize, chillies, lady’s finger and tomatoes, which serve as an extra income for him.

Shankarlal says, “This project is the application of best practices in farming and has insured my sense of livelihood and fulfilment.” Looking at Shankarlal, all other villagers are also learning new techniques from him.

Apart from farming, the project has benefitted him with livestock program, where artificial insemination was carried out for breed improvement. Selling of milk and other processed dairy products also contributes to his income. 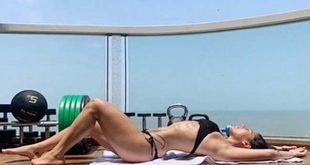 Krishna Shroff takes the internet by storm with her stylish pictures 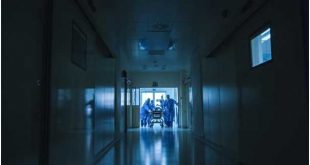