Football – A Zestful and Enthralling Game 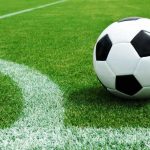 Football has been recognized as one of the oldest and most exciting, adventurous games played all over the world.Earlier it was known as soccer.It is played between two teams consisting of 11 players each (10 outfield players and 1 goal keeper).This is the longest duration game of about 90 minutes ... END_OF_DOCUMENT_TOKEN_TO_BE_REPLACED