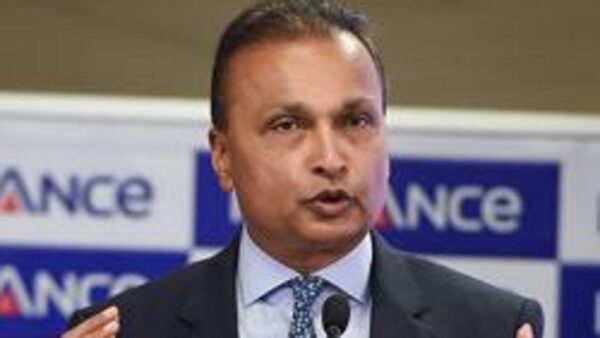 The top court quashed the Delhi High Court order that had set aside the arbitration award in favour of DAMEPL which had pulled out from running the Airport Express metro line over safety issues.

As per the Reliance Infrastructure”s latest annual report, the award is worth around 632 million USD (over Rs 4,600 crore) including the interest.

The apex court refused to agree with the High Court”s view that the issue of the CMRS (Commissioner of Metro Railway Safety) certificate being dealt with separately has a bearing on the Tribunal”s determination of the validity of the termination notice.

“The members of the Arbitral Tribunal, nominated in accordance with the agreed procedure between the parties, are engineers and their award is not meant to be scrutinised in the same manner as one prepared by legally trained minds. In any event, it cannot be said that the view of the Tribunal is perverse.

“Therefore, we do not concur with the High Court”s opinion that the award of the Tribunal on the legality of the termination notice is vitiated due to the vice of perversity,” the bench said.

The apex court said the conclusion of the Division Bench of the high court that the award of the Arbitral Tribunal suffers from patent illegality and shocks the conscience of the court is held to be “erroneous”.

“There is a disturbing tendency of courts setting aside arbitral awards, after dissecting and reassessing factual aspects of the cases to come to a conclusion that the award needs intervention and thereafter, dubbing the award to be vitiated by either perversity or patent illegality, apart from the other grounds available for annulment of the award,” a bench headed by Justice L Nageswara Rao said.

The apex court said the approach to review arbitral awards would lead to corrosion of the object of the 1996 Arbitration Act and the endeavours made to preserve this object, which is minimal judicial interference with arbitral awards.

“Several judicial pronouncements of this court would become a dead letter if arbitral awards are set aside by categorising them as perverse or patently illegal without appreciating the contours of the said expressions,” the bench said.

Examining the contours to review an arbitral award, the bench also comprising Justice S Ravindra Bhat, said patent illegality should be illegality which goes to the root of the matter.

“In other words, every error of law committed by the Arbitral Tribunal would not fall within the expression ”patent illegality”. Likewise, erroneous application of law cannot be categorised as patent illegality,” it said.

Reacting on the judgement, Anuj Dayal, Executive Director, Corporate Communications, DMRC said, “The Hon”ble Supreme Court has pronounced judgement in the Airport Metro Express line matter today and the appeal of DAMEPL has been allowed. The judgement is being currently analysed for future course of action.”

The Delhi High Court had set aside the arbitration award in favour of Reliance Infrastructure subsidiary DAMEPL, which had pulled out from running the Airport Express metro line over safety issues, saying that the arbitral tribunal had not considered that the tracks were certified as safe for commercial operations.

The arbitral tribunal in its May 2017 award had accepted DAMEPL”s claim that the running of operations on the line was not viable due to structural defects in the viaduct through which the train would run.

The decision by a division bench had come on DMRC appeal against a single judge order of March 6 last year upholding the arbitral award in favour of Delhi Airport Metro Express Private Ltd (DAMEPL).

The concession agreement between the two was signed on August 25, 2008. Under the agreement, DMRC was to carry out the civil works, excluding at the depot, and the balance, including the project system works, were to be executed by DAMEPL, a joint venture of Rinfra and a Spanish construction company — Construcciones Y Auxiliar De Ferrocarriles — with a shareholding of 95 and five per cent respectively.

The Airport Express line was commissioned on February 23, 2011 after an investment of over Rs 2,885 crore, funded by the DAMEPL”s promoters” fund, banks and financial institutions.

In the 54-page judgement, the top court also clarified that contravention of law not linked to public policy or public interest is beyond the scope of the expression ”patent illegality”.