NEW DELHI: Royal Enfield introduced two new flagship models — the Interceptor 650 and the Continental GT 650 — to its Indian fans on Sunday. Both the bikes were unveiled in chrome finish at its annual Ridermania event in Goa.

The motorcycles are powered by an all-new 650cc, air-cooled, parallel-twin engine and have an an oil-cooler for better performance. The fuel injected motor claims to deliver 47PS of power at 7,100rpm and a peak torque of 52Nm at 4,000rpm.

The Royal Enfield Continental GT 650 is a cafe racer and looks almost identical to the existing single-cylinder Continental GT 535, especially from the front. It retains the same headlamp, fuel tank and many other elements from its sibling while the rear has gone through some changes along with the new dual side exhaust muffler. 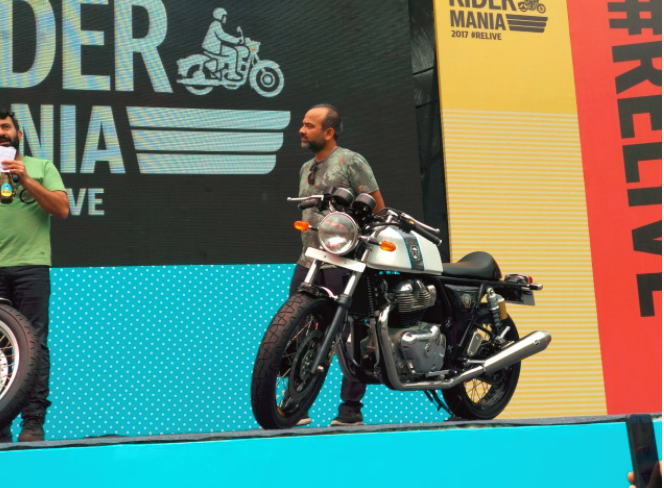 The Royal Enfield Interceptor 650 is an easy-to-ride, relaxed bike like the Triumph Bonneville and retains the classic charm of 60s’ motorcycle. However, the performance and pricing of the upcoming bike make it a rival of smaller twin-cylinder bikes like the Harley-Davidson Street 750. On the other hand, the Continental GT 650 can be an alternative for those who like to ride a sportier motorcycle like the Harley-Davidson Street Rod.

Addressing the unveiling, Siddhartha Lal, CEO, Eicher Motors, said that both the Interceptor 650 and the Continental GT 650 will be very accessible motorcycles in India, in terms of both pricing and maintenance.

Expected to be priced under Rs 3.5 lakh, both the bikes will be way cheaper than their respective competitions. Royal Enfield is already leading the mid-size motorcycle market in India and these upcoming products may prove to be the trump cards in the global motorcycle market.