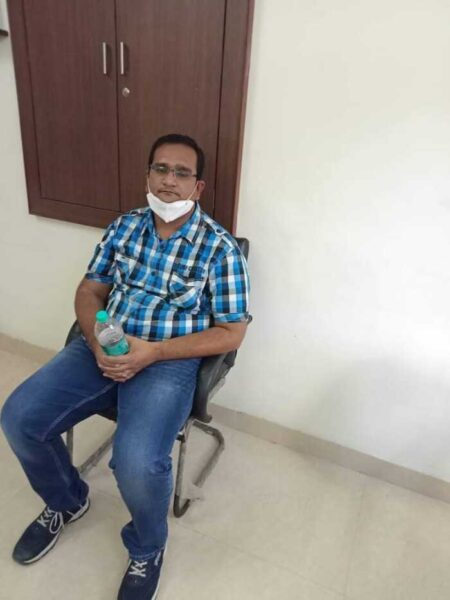 Udaipur : The ACB sleuths in Udaipur arrested a patwari red handed after he accepted a bribe money of 75K rupees from the complainant inside the patwar mandal office here on Monday. . Saurabh Garg , resident of Jaipur , is presently posted at the patwar mandal Sisarma here.

The complainant told the ACB officials that he was getting a house constructed on his agricultural land in Sisarma. The Patwari demanded bribe to let continue the work and when he refused to give any money, the officer ordered to stop the construction.

The complainant requested the accused patwari to restore the building work upon which he demanded and received 2 lakh rupees from the complainant in instalments on 26 and 28 May. Not contended with the amount, he further demanded one lakh rupees which he said has to be given to the higher authorities.