Bengaluru : Amid heightened suspense, a meeting of the ruling BJP”s legislature party in Karnataka is underway here, which is slated to pick a successor to outgoing Chief Minister B S Yediyurappa. 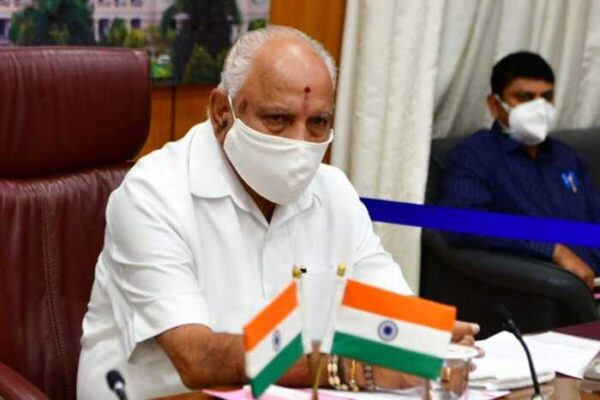 The observers met Yediyurappa, who is now the caretaker Chief Minister, at his official residence, ahead of the legislature party meeting.

Yediyurappa is also attending the meeting.

Central observers generally convey the party leadership”s view to the MLAs before they elect their leader.

Earlier in the day, BJP national general secretary in-charge of Karnataka Arun Singh along with state president Nalin Kumar Kateel also met Yediyurappa. Speaking to reporters, Singh said, “As per the parliamentary board”s directions at the legislature party meeting the leader will be elected.”

Also appreciating Yediyurappa government”s “good job” in the last two years, he said, “it has worked for every section and sector. He (Yediyurappa) has had a long experience in party organisation and the government. Party will continue to get his guidance and will reap benefits from his experience.”

There is no clarity as to whom the party will pick to lead the government for the rest of its term and the party during the 2023 assembly polls, as over half a dozen names are doing the rounds.

Names are being speculated on the caste and loyalty grounds, amid reports that there may be a “dark horse”.

Among those whose names are doing the rounds from the Veerashaiva-Lingayat community to which Yediyuyrappa also belongs, are Basavaraj S Bommai, Murugesh Nirani, who were his colleagues, in the dissolved Cabinet and also MLAs Arvind Bellad and Basanagouda Patil Yatnal.

Names from the Vokkaliga, another dominant community, include BJP national general secretary C T Ravi, R Ashoka and C N Ashwath Narayan, who had served as Minister and Deputy Chief Minister under Yediyurappa.

Ending months of speculation over his exit, Yediyurappa on Monday stepped down as the Chief Minister, coinciding with his government completing two years in office.

Governor Thaawarchand Gehlot accepted the 78-year-old BJP veteran”s resignation, and dissolved the Council of Ministers headed by him, with immediate effect.