Mumbai, Oct 4 (udaipur kiran) With past rate cuts failing to arouse animal spirits in the economy, the Reserve Bank of India (RBI) stuck to its “accommodative stance” and again reduced its key lending rate to boost consumption and reverse the slowdown that has plagued India’s economic growth.

Accordingly, this was the fifth consecutive reduction in a key lending rate to 5.15 per cent, the lowest in around a decade, which is expected to lower interest cost on automobile and home loans, thereby boosting sales.

Industry players praised RBI’s stance and expected consumption to increase post the rate cut. They, however, emphasised that the benefit of the rate cut should be swiftly and adequately transmitted to the retail borrowers.

However, the RBI took note of the continued slowdown, thereby further lowering India’s economic growth projection to 6.1 per cent from 6.9 per cent for FY20.

“Of underlying indicators of urban demand, passenger vehicle sales contracted in July-August… The sales of commercial vehicles, a key indicator for the transportation sector, contracted by double digits in July-August.”

Interestingly, the RBI acknowledged that past monetary transmission has remained staggered and incomplete.

“As against the cumulative policy, repo rate reduction of 110 bps during February-August 2019, the weighted average lending rate (WALR) on fresh rupee loans of commercial banks declined by 29 bps,” the statement said.

Nevertheless, the apex bank maintained the accommodative stance stating that it will continue “as long as it is necessary to revive growth, while ensuring that inflation remains within the target”.

It was widely speculated that the RBI might change its stance to “neutral” due to the fiscal pressure expected out of the Centre’s recent growth inducing measures.

On monetary policy instruments, the RBI’s MPC in the fourth policy review of the current fiscal reduced the repo, or short term lending rate for commercial banks, by 25 basis points to 5.15 per cent from 5.40 per cent.

Consequently, the reverse repo rate was revised to 4.90 per cent, and the marginal standing facility (MSF) rate and the bank rate to 5.40 per cent.

“On the positive side, however, the impact of monetary policy easing since February 2019 is gradually expected to feed into the real economy and boost demand,” the policy statement said.

“Several measures announced by the government over the last two months are expected to revive sentiment and spur domestic demand, especially private consumption.”

In terms of inflation, the apex bank slightly revised the CPI inflation projection upwards to 3.4 per cent for Q2 of 2019-20.

On the government’s recent measures to prop up growth, the RBI said: “While the recent measures announced by the government are likely to help strengthen private consumption and spur private investment activity, the continuing slowdown warrants intensified efforts to restore the growth momentum.”

“With inflation expected to remain below target in the remaining period of 2019-20 and Q1: 2020-21, there is policy space to address these growth concerns by reinvigorating domestic demand within the flexible inflation targeting mandate.”

Regarding the vitality of the Indian banking sector in the face of PMC Bank fraud, RBI Governor Shaktikanta Das said that sector remains sound and stable and there is no reason for any unnecessary panic.

On its part, India Inc welcomed the continuation of the accommodative stance and said that it will complement the recent initiatives by the central government to prop-up growth.

“The cumulative 135 basis rate cuts this year so far, along with the slew of measures announced by the government in the last few months to provide growth stimulus to a variety of sectors, including the corporate tax rate cut, is expected to lift growth from its current stupor and unleash animal spirits,” CII DG Chandrajit Banerjee said.

According to FICCI President Sandip Somany: “The 25 bps cut in the repo rate is a welcome move… This along with the mandatory linking of floating rate loans to an external benchmark from October 1 should trigger an improved transmission of policy rate cuts and lower the lending rates going ahead.” 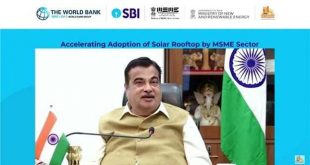