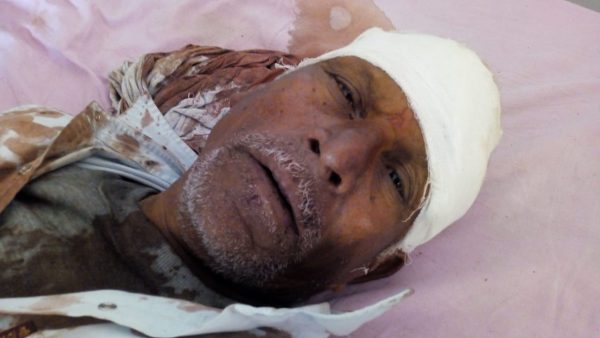 Udaipur : A pre-wedding procession by a dalit family in Laxmipura village in Chittorgarh, was attacked by some hooligans, allegedly from upper caste community, on Wednesday night, after the bride rode on a baggi (carriage) during the traditional ‘Bindoli’ ceremony. Four persons from the bride’s side including her father sustained injuries who are hospitalized.

Taken aback by the sudden attack and commotion that followed, the bride too fell unconscious for some time. DySP Madho Singh went to the village on Thursday to meet the victims and a police case has been registered, one minor has been detained so far, police said. Villagers said the attackers were from the Gurjar and Rajput communities. ” We have registered the case under relevant sections of the IPC as well as SC/ST (Prevention of Atrocities Act). An investigation has been called and proper action would be taken against the trouble makers” the DySP said.

The incident took place some 3 kilometers from the district headquarters under Sadar police station limits. ” While the bindoli procession was being taken out for Nathulal Bhambi’s daughter , some youths passed lewd remarks and pelted stones at the procession. The two groups exchanged heated words and the marriage party scared the boys off. However after some time the group returned with 10 to 15 armed men who had rods and sticks in their hands. The group attacked the procession and reportedly even tried to pull down the bride from the baggi” a police official said.

The terrified bride fell unconscious while her father Nathulal (61), brothers Shivlal and Ramesh sustained injuries. The police arrived past midnight however, the accused had fled from the village by then. Sarpanch , Gram panchayat Occhdi Digvijay Singh too went to Laxmipura and met the bride’s relatives. Condemning the incident the Sarpanch said that there had never been discrimination between upper and lower classes and everyone had been living in harmony with each other.

However, some anti-social elements residing here are habitual of creating nuisances in social gatherings. Bindoli is a ritual in the state where the bride and groom takes a ceremonial round of the village on horseback or carriage before the wedding rituals. Traditionally people from lower communities were not allowed to take part or hold these processions, although social scientists claim that has changed now as part of social mobility.