The award ceremony was held in New Delhi on 25th May 2018, where the jury identified the best performing industries, facilities and individuals in various categories from 184 nominations. On behalf of Hindustan Zinc, Mr. Nishant Somwanshi (CPP), Mr. Prashant Gaur (KPS) and Mr. S Y Lee (KPS) received the award.

SEEM Awards are presented to those companies and individuals who are putting their best efforts towards improving energy efficiency, thereby supporting India’s journey towards climate change and sustainable development.

Hindustan Zinc, India’s only and world’s leading integrated Zinc-Lead-Silver producer is headquartered in Udaipur in the State of Rajasthan where it has its Zinc-Lead mines and smelting complexes.

On being awarded the SNEMA 2017, Pavan Kaushik, Head – Corporate Communication, Hindustan Zinc said, “Hindustan Zinc has been consistently working towards safety, protection of environment, conservation of energy & water and building infrastructure. With the aim to be fully self-sufficient in power, Hindustan Zinc has strategically installed state-of-the-art Captive Power Plants at its key business locations, with a total power generation capacity of 474 MW. While last year Chanderiya’s Captive Power Plant had won the Silver Award at SNEMA 2016, we are very glad to be awarded with Gold this year.”

Flipkart adds over 14,000 kiranas for delivery in Northern India ahead of the festive season 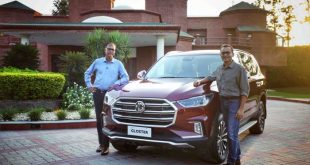 How To Check If Your EMI is Calculated Correctly

Udaipur : Flipkart, India’s homegrown marketplace has partnered with Max Fashion, the retailer known for its …