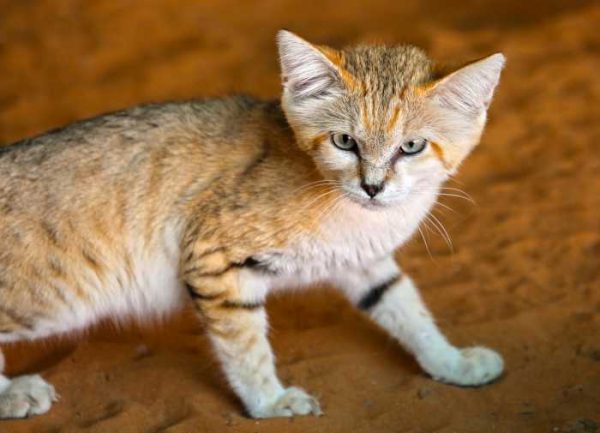 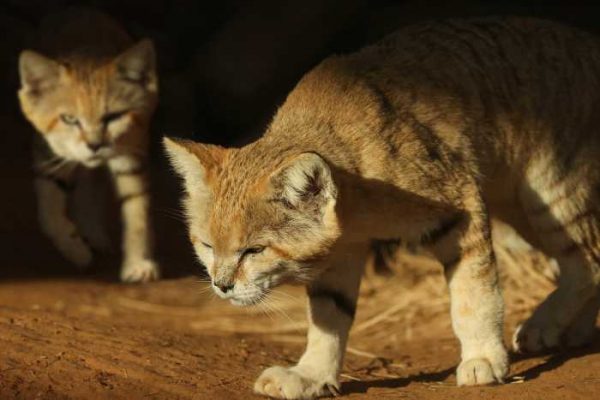 Al Ain Zoo launched its Arabian sand cat conservation programme to protect the sand cat in cooperation with its strategic partners through various workshops hosted by the zoo.

The workshops aimed to understand the current situation of the sand cat and combine all the knowledge we have in one document. One of the key objectives of the workshops was to conduct field research in order to study the wild population and the challenges and threats facing them. Additionally, conductstudy on the cats’ genetics and make recommendation on the management and breeding options.

Al Ain Zoo has contributed too many research-based and scientific publications that informs knowledge on wildlife conservation and animal management. One of the recent publications was on the analysis of the sand cat genetic to determine the validity of the subspecies of the sand cats.

Regarding genetic research, the zoo and relevant organizations have developed plans for genetic management and controlled breeding programs after examining the effects of genetic diversity and identifying the negative and reproductive challenges and opportunities. This was done by sending male kittens from the zoo to specialized research centers in France. The studies’ findings showed a match between the Arabian and Asian cats, though not the African ones.

The zoo is making deliberate efforts in cooperation with partners who specialize in this field at the local and international levels by adopting basic strategies to conserve the Arabian sand cat. This would be achieved by setting objectives and action plans and developing programs that focus on genetic studies and field research.

In collaboration with its key partners, Al Ain Zoo is continuing its efforts to study the wild population and develop plans for monitoring the sand cats in their natural habitats. The zoo has positioned itself as a global leader by embracing the largest group of Arabian sand cats in the world and has succeeded in its captive management and breeding programs. It is also planning to open a Sand Cat Breeding Centre, which will be the first of its kind.

The centre is devoted to the care and reproduction of these shy animals within strict criteria that also take into account their extreme sensitivity to respiratory infections by controlling the temperature and humidity of the shelters. The breeding centre contributes to increasing the numbers of sand cats in breeding programs and improving the genetic origins of this species, locally and globally.