Udaipur : A woman who had shocked the police department by appearing in chained feet a day ago in Pratapgarh, stepped back from her allegations of been gang raped by her husband and his relatives. In a written statement to the police on Saturday, the complainant said she was neither abused nor gang raped but she was kept in chains. 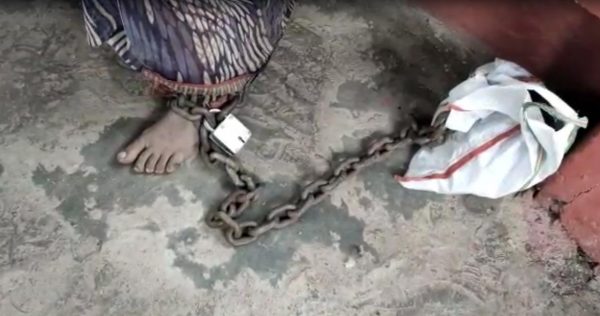 Ghanti police station is investigating the case and also on a  report by the woman’s husband who claimed that his wife had been living with some other man since 4 years and had abandoned their three children. When he tried to bring her back, she  made false allegations of rape, the man said. The woman was produced before the court later evening. A 45-year old woman from Ghantali village under Peepalkhoont block had went to the SP office on friday with her parents. The woman walked with a chained feet and alleged that she was sexually assaulted by her husband and few of his relatives who took away by force from her home on July 28. The woman told the police that they had tied her up and on friday she escaped from their custody on some pretext. Additional SP Sanjay Gupta assigned the investigation to Peepulkhunt CO who in turn sent it to the Ghantali police station. ” We have recorded the statement of the woman who said that she had been living with her parents for four years now after some dispute with her husband. 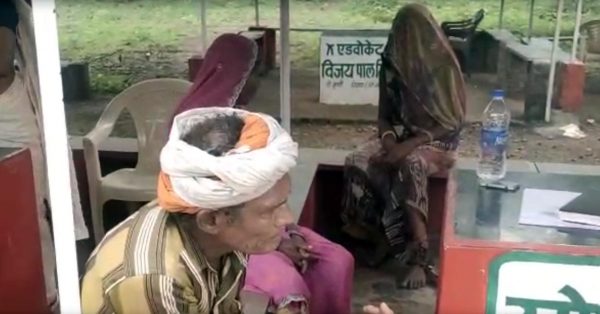 She said that her husband and his relatives took away by force but they did not gang rape or physically abuse her. She also gave in written that she did not want to get a medical examination done” RamSingh Ranawat, SHO Ghantali said. The police also said that the relatives against whom the woman had alleged gang rape charges were mostly elderly people over 70 years. Hence, prima facie the allegations appears to be false and an excuse by the woman not to live with her husband, details would be known after the investigation is complete, police said. However, they said she was tied up and kept in chains.