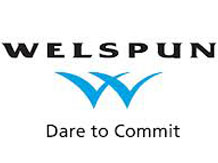 The Delhi-Meerut Expressway Package-1 was the first Hybrid Annuity Model (HAM) project of NHAI to achieve both Financial Closure as well as Commercial Operation Date (COD). The first annuity for the project was received in January 2019 and the next annuity is expected by July 2019.

Welspun Enterprises, formerly Welspun Projects, part of the Welspun Group, is an operating company in the infrastructure business. The company also has investments in Oil & Gas Exploration.