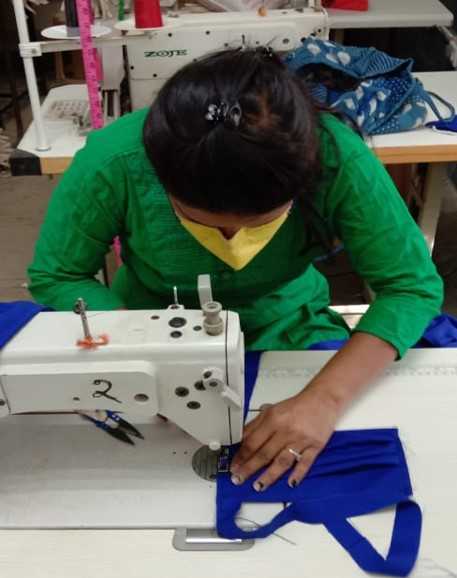 Vedanta Cares, a unique digital initiative was recently launched where Chairman Anil Agarwal acknowledged & encouraged the COVID warriors, who collaborated with the company in combating COVID 19 through community initiatives across 7 locations. Vedanta instituted a special Chairman’s Award to honor their partners, where Mr. Agarwal personally acknowledged each partner company and NGO who contributed significantly to Vedanta’s efforts in reaching out to beneficiaries like daily-wage earners, migrant workers and communities worst affected by the pandemic. In this e-townhall session, participants from partner companies and NGOs were awarded.

Addressing the participants, Vedanta Chairman Anil Agarwal said “We have been fighting this crisis together with the nation. By going all out in serving the communities we have reiterated Vedanta’s philosophy of giving back. Our team has left no stone unturned in supporting the communities, working round-the-clock. I am grateful for the support and would like to acknowledge our partners, NGOs and each member of the Vedanta team, who battled this crisis as a family. We will continue working with the communities and the government administration, this will inspire others in serving communities, and hopefully together we can survive this situation.”

Manjari Foundation was felicitated for their extensive contributions which helps Hindustan Zinc’s flagship CSR initiative Sakhi Project in mobilizing rural women into self-help groups (SHGs) had actively participated in COVID relief efforts by HZL.  Speaking on the partnership, Sanjay Sharma, Executive-Director, Manjari Foundation said “Under HZL’s leadership, Sakhi SHG women have risen as strong community leaders. With the objective of ensuring “No One Sleeps Hungry” in our project villages, Sakhi federations, a woman-led institution came up with a food bank initiative. Sakhi members collected 10,000 kilograms of food grains in a short span of time, aiding the community to fight the pandemic. We acknowledge the timely and quick support of HZL for helping the community during troubled times”

Vedanta had contributed Rs 201 crores to PM CARES Fund, State funds, and providing relief measures across the country. To support the Government’s efforts, Vedanta employees had contributed one day’s salary to the PM CARES Fund. Under its flagship “Meal-for-all” program Vedanta has so far provided more than 13 lakh meals to less privileged communities across the country. Vedanta has also taken up the initiative to feed more than 50,000 stray animals every day. Under this initiative, Vedanta has so far provided more than 12.70 lakh feedings to stray animals in Delhi, Mumbai, Jaipur, and Pune.

In Vedanta’s effort to enhance preventive healthcare, 7 lakh masks and 1 lakh soaps & sanitizers were manufactured and distributed across India. 23 PPE machines were imported in collaboration with the Ministry of Textiles, enabling the production of 40,000+ PPEs per week. A dedicated 24×7 helpline had been set up for employees and families for medical advice, in collaboration with Apollo Hospital.