Vaccination Campaign of this scale is unprecedented in the history of mankind: PM 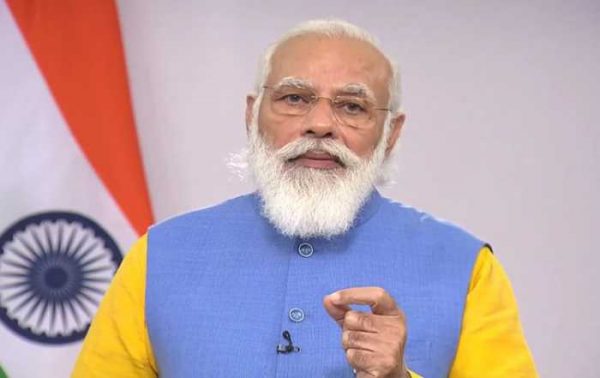 The Prime Minister, Narendra Modilaunched the pan India rollout of COVID-19 vaccination drive via video conferencing today.  This is the world’s largest vaccination program covering the entire length and breadth of the country.

The Prime Minister put the unprecedented scale of the vaccination drive in perspective by informing that, in the first round itself, 3 crore people, which is more than population of at least 100 countries of the world, are being vaccinated. He said that this needs to be taken up to 30 crores in the second round when elderly and people with serious co-morbidities will be vaccinated. He said that there are only three countries- India, USA and China, who have the population of more than 30 crore.  This scale of vaccination campaign has never been attempted in history and this shows India’s capability, Modi Said.

The Prime Minister asked people stay away from rumours and propaganda as these made-in-India vaccines have been approved for emergency use only after the scientists and experts were fully convinced about their safety and efficacy.  Indian vaccine scientists, medical system, Indian process and institutional mechanism in this regard is trusted globally and this trust is earned with a consistent track record. The Prime Minister pointed out that 60 per cent of children world over receive life-saving vaccines which are made-in-India and pass through stringent Indian scientific tests.

Modi termed the Indian response to corona as one of self-confidence and self-reliance. He noted a determination of not to let the confidence weaken in every Indian. He recalled the journey from one Corona lab to the strong network of 2300 labs; from dependence to self-sufficiency to exporting  capacity in masks, PPE and ventilators. He called upon people to show the same sense of self-confidence and self-reliance during the phase of vaccination drive.