Speaking at the beginning of the special marathon session that will continue for 36 hours and will discuss ways and means to achieve the 17 sustainable goals enlisted by the UN, Adityanath said: “The opposition has shown disrespect not only to Mahatma Gandhi but also to the common people of this state because the discussion on sustainable goals would have worked to the favour of the poor.”

The Chief Minister said that Gandhi embodied qualities that made him a global entity.

“I am most surprised at the Congress decision to boycott the session since this party claims to be Gandhi’s legacy. They have remained in power in the name of Gandhi and now they are boycotting a session dedicated to Gandhi which is shameful.

He said that the 17 sustainable goals of the UN would be discussed in this marathon session and will help us evolve a policy that would benefit the last man in the line.

Meanwhile, Speaker Hriday Narain Dixit, also slammed the opposition and said that when this proposal was put up at an all party time, all opposition parties have not only given their consent but had even lauded the idea.

“The opposition has gone back on their signed consent in the biggest state legislature in the country which is not a healthy sign. The opposition should realize that issues like Gandhi and development are above party politics,” he said. 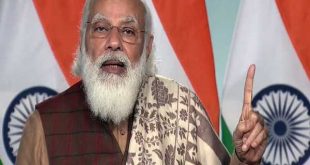 PM condoles loss of lives in plane crash in Indonesia