Speaking at the launch of the project, Prahlad Singh Patel emphasized the importance of the Prime Minister’s ‘Digital India’ initiative and the role of technology in the preservation of India’s heritage. He commended Google for its leadership in the technology sector and its focus on product innovation, stating that Google’s commitment to driving social empowerment and inclusion is a true asset to India. 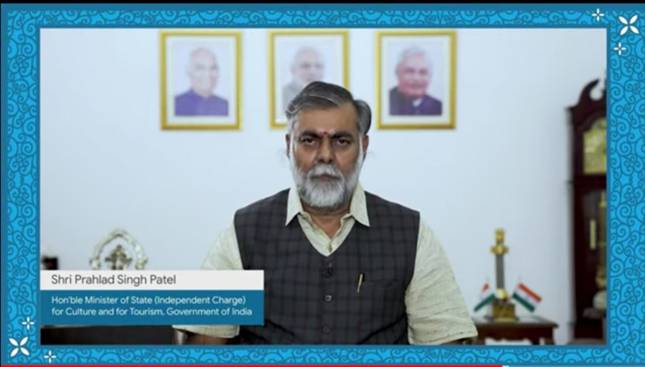 The Minister said that from today, several hundred miniature paintings from the National Museum, New Delhi can be viewed online on Google Arts & Culture by people around the world in a new project titled “Life in Miniature.” The project uses technologies like machine learning, augmented reality and digitization with high-definition robotic cameras, to showcase these special works of art in a magical new way.
On the Google Arts & Culture app, online viewers can experience the first Augmented Reality-powered art gallery designed with traditional Indian architecture, and explore a life-size virtual space where you can walk up to a selection of miniature paintings. The artworks showcased are presented along five universal themes of the human relationship with nature, love, celebration, faith and power.
Another highlight of the launch is the application of Machine Learning-based algorithms to the corpus of paintings being brought online, so that users can explore these miniature marvels guided by Artificial Intelligence. If a single miniature painting is a rare joy to behold, this experience – named “Magnify Miniatures” – which enables online users to explore multiple artworks simultaneously is a stunning new experience.
With “Life in Miniature”, users will be able to see famous miniature collections of the National Museum, like the Ramayana, Royal Saga, Pahari style paintings in never before seen ways and in extraordinary detail, in just a few clicks at g.co/LifeInMiniature. The project reinforces the comprehensive collaboration between the National Museum and Google Arts & Culture, a partnership that began in 2011. Read more about it in the Google blogpost.