Later, Dr Jitendra Singh said that North Eastern Council (NEC), under the aegis of Ministry of Development of North Eastern Region (DoNER), will extend whatever possible help for restoration and repair of damaged infrastructures, in the wake of incessant rains and floods.

Further, Dr Jitendra Singh said, the Ministry of Development of North Eastern Region will also coordinate financial and other help from other agencies of government and other sources. He said, well-being and concern of the people of the North East is top priority of the Modi government.

The Minister of Development of North Eastern Region also informed that the Central Government is constantly monitoring the flood situation in Assam, Arunachal Pradesh and other affected States in the North East. He said, Prime Minister Shri Narendra Modi is personally inquiring about it and taking regular updates.

As DoNER Minister, Dr Jitendra Singh said, he is in constant touch with the respective Chief Ministers and State Governments.

DoNER Minister informed that the flood this year in the State of Assam has severely affected around 56 lacs of people in 30 districts, taking the death toll to over 120 so far. He said, there have already been three waves of floods this year causing extensive damage and disruption to normal life and a huge burden on the State of Assam which is now facing twin challenges along with the ongoing Covid-19 pandemic. The floods have affected both human lives and the rich wildlife, he added.

Dr Jitendra Singh said that the rescue and relief measures are in full swing. The State is also doing its best to rescue animals including those in Kaziranga Wildlife Sanctuary with improved techniques and resources, he said.

Both Central and State Governments are working in tandem to deal with this natural disaster, said the Minister. The Union Home Ministry is also monitoring the situation on a daily basis, he added.

Tech giants strike a deal with advertisers over hate speech 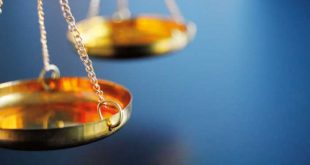