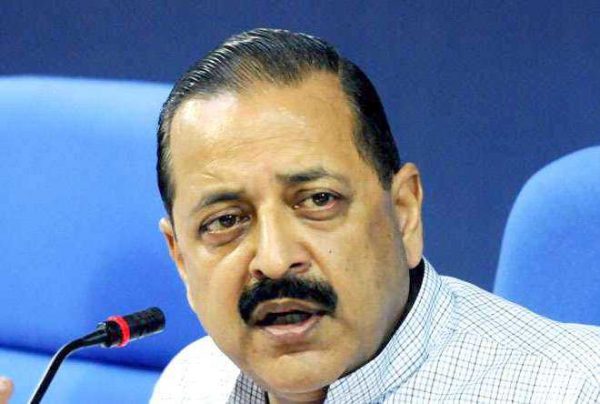 Union Minister Dr Jitendra Singh, who is also a renowned Diabetologist, said here today that proper food regime prescribed for a diabetic patient can also be prescribed for healthy people so that they cannot catch the disease. Delivering the inaugural address, as chief guest on the topic “Digital Outreach for Knowledge Upgradation-Diabetes Specific Nutrition”, organized by Association of Physicians of India, he said, COVID has prompted us to discover new norms in adversity and underlined the importance of Indian Traditional Medicine System.

At the Webinar organized on the eve of World Diabetes Week, Dr Jitendra Singh said that ever since Narendra Modi took over as Prime Minister of India, he has brought to the centre stage the virtues of indigenous system of medical management. He said, it was Modi, who brought a unanimous resolution in the United Nations to observe International Day of Yoga, as a result of which Yoga has reached virtually every household across the world. He also added that it was Prime Minister Modi again, who created a separate Ministry of AYUSH, considering the importance of indigenous medical management system, besides promoting Holistic Medicine.

While Corona has taught us to live with new norms, Dr Jitendra Singh said, it has also given the physicians a cue to emphasize on the non-pharmacological methods of management including hygiene etc which had somehow lost due importance in recent years. He noted, even after the COVID pandemic is over, the discipline of physical distancing and avoiding droplet infection will act as safeguard against many other infections as well.

Dr. Jitendra Singh said that country like India is on the verge of becoming a frontline state in post COVID era and North East Region will play an important role in it. He said, Bamboo as a new fuel of growth is fast gaining currency and bamboo products are becoming increasingly popular in tune with Prime Minister’s call of “Vocal for Local”. The Minister also informed the delegates that how the government of India by its latest decision on hiking the import duty by 20 percent on bamboo sticks paved the way for setting up of new Agarbatti stick manufacturing units in India, which was mostly imported.

President of Association of Physicians of India, Dr Arulrhaj in his welcome address said that API always believed in evidence based medicine. He said, due to Prime Minister Narendra Modi’s Digital push API will soon become global.

In his address Prof. Shashank Joshi, Dean of Indian College of Physicians said that API DIAS was started in 2013 to bring experts from different fields in the country on different specialised topics with a common goal of alleviating the sufferings of the people.