New Delhi, Oct 2 (udaipur kiran) Even as Assembly elections in Maharashtra and Haryana are less than three weeks away, the top leadership of the Congress is yet to hit the campaign trail in the two states where it aspires to wrest power from the BJP.

Congress Interim President Sonia Gandhi, Rahul Gandhi and Priyanka Gandhi Vadra, who are considered the star campaigners of the party, have so far not addressed any rally in either Maharashtra or Haryana and the fort is being held by the state leaders.

In both the states, the party has been mired in internal fights. In Haryana, the rift has come out in the open, with former state unit President Ashok Tanwar’s supporters staging a protest outside the party headquarters on Wednesday.

“We need star campaigners like Sonia and Rahul Gandhi. Only 17 days are left for campaigning but no coordinated effort is seen on the ground,” said a Congress leader of one of the poll-bound states.

The elections are slated for October 21 and the campaigning will end on October 19.

In Haryana, Kumari Selja and Bhupinder Singh Hooda have started campaigning from Gurugram.

In Maharashtra, the Congress is relying more on Sharad Pawar, leader of the alliance partner Nationalist Congress Party (NCP).

At the same time, the Congress has handed over responsibilities to various state leaders for respective zones. They include Mukul Wasnik, Rajiv Satav and Rajni Patil.

On the other hand, Prime Minister Narendra Modi and BJP Chief Amit Shah have already held rallies in both the states. 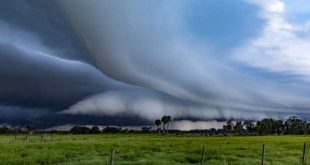