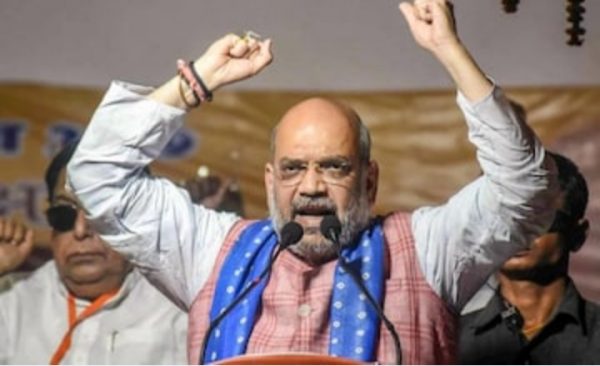 The nervousness of the Bengal Chief Minister is evident as she is able to read the writing on the wall and understand the inevitability of her defeat.

Ms. Mamata Banerjee and all the lobbyists must remember the fact that BJP is the world’s largest party based on principles of democracy.  BJP is in power in 16 states and it is going to come to power once again, which is palpable from the mood of the people across the nation.  BJP would not be deterred by the violent politics and murderous attacks.

When the polls are happening peacefully in all states in all phases, how is that elections in Bengal witnessed unprecedented violence in all six phases.  It is clear that the state police and sections of administration are in complicity with the TMC goons in perpetuating violence in order to intimidate people who are against TMC.

It is irony of sorts that TMC, which has the history of fighting CPM and its atrocities for years, joined hands with them against the BJP.  The attack on Sri Amit Shah’s rally on 14th May was pre planned by both the parties, which, however, was pre-empted by the brave nationalists.

The Telangana state BJP appeals to the people to understand the reality and support Narendra Modi towards making India a peaceful and a vibrant nation. TS-BJP also warns Ms. Mamata Banerjee and all her henchmen to desist from politics of hooliganism and destruction.  The people of Bengal and the rest of India are of course, going to send this message to Mamata loud and clear.