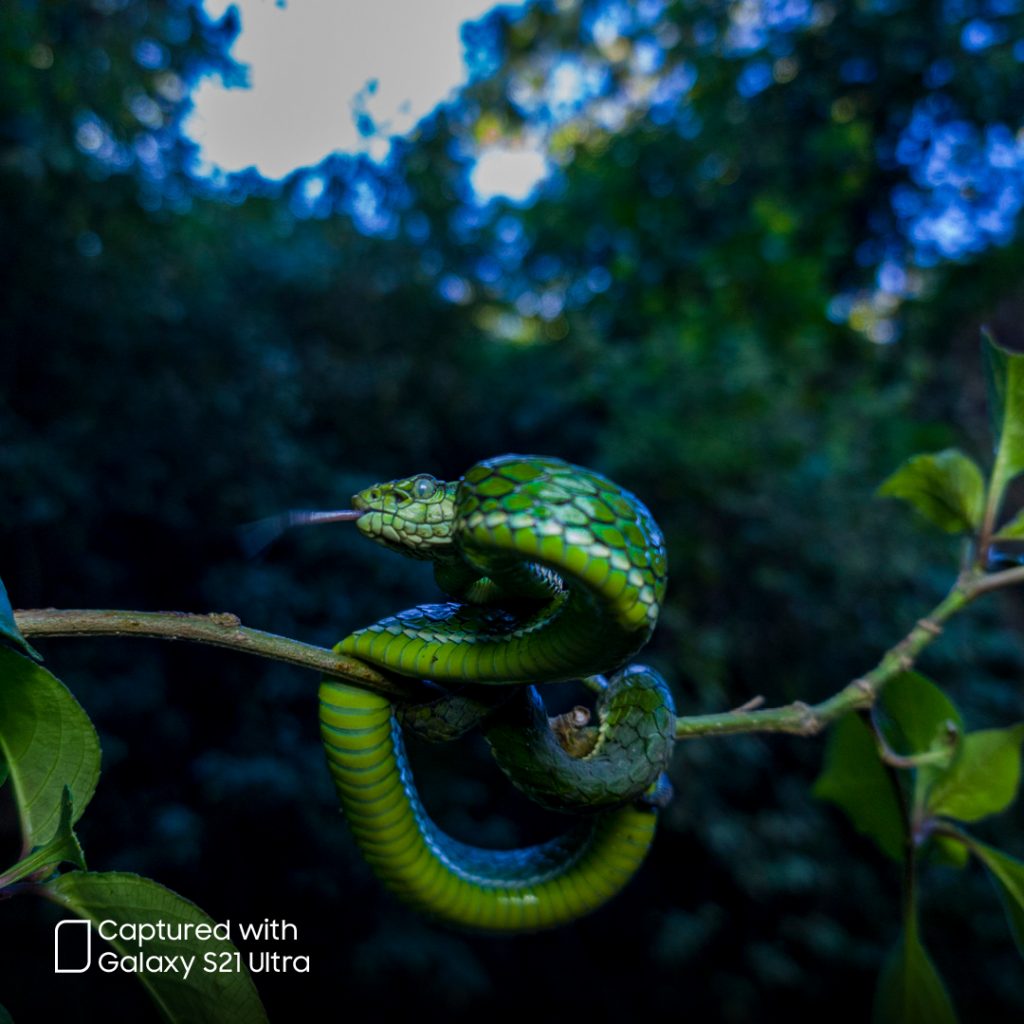 “We are delighted to partner with National Geographic Traveller India for an epic adventure. At Samsung, we believe in providing consumers with innovations that enable them to do more. A first-of-its-kind camera with pro-grade 108MP lens and 8K video recording, Galaxy S21 Ultra changes the way you shoot. The next time something epic happens out of nowhere, you won’t miss the moment choosing between camera and video. With industry first 8K Video Snap feature, photography enthusiasts now have the power to extract high-resolution stills from every second of an 8K video. The stunning beauty of the Western Ghats has been beautifully captured by Prasenjeet using 8K Video Snap and we are thrilled to see it on the magazine cover,” said Aditya Babbar, Senior Director and Head, Mobile Marketing, Samsung India.

“National Geographic Traveller India has always championed excellence in exploration and this collaboration with Samsung India is one of our most exciting and adventurous projects in recent times. Our story will uncover and showcase the beauty of sky islands in the Western Ghats, one of India’s rarest natural habitats, rich in biodiversity. What was particularly exhilarating about this story was the 8K Video Snap technology that was used to capture our stunning cover shot for the March-April edition of the magazine. At National Geographic, we uphold the highest standards of still photography and for the first time, a still shot from a mobile phone 8K video delivered that. As a sheer storytelling mode, this endeavour was truly unique. We are thrilled with the result and look forward to many more exciting projects in collaboration with Samsung India,” said Preeti Vyas, President and CEO, ACK Media, publisher of National Geographic Traveller India. 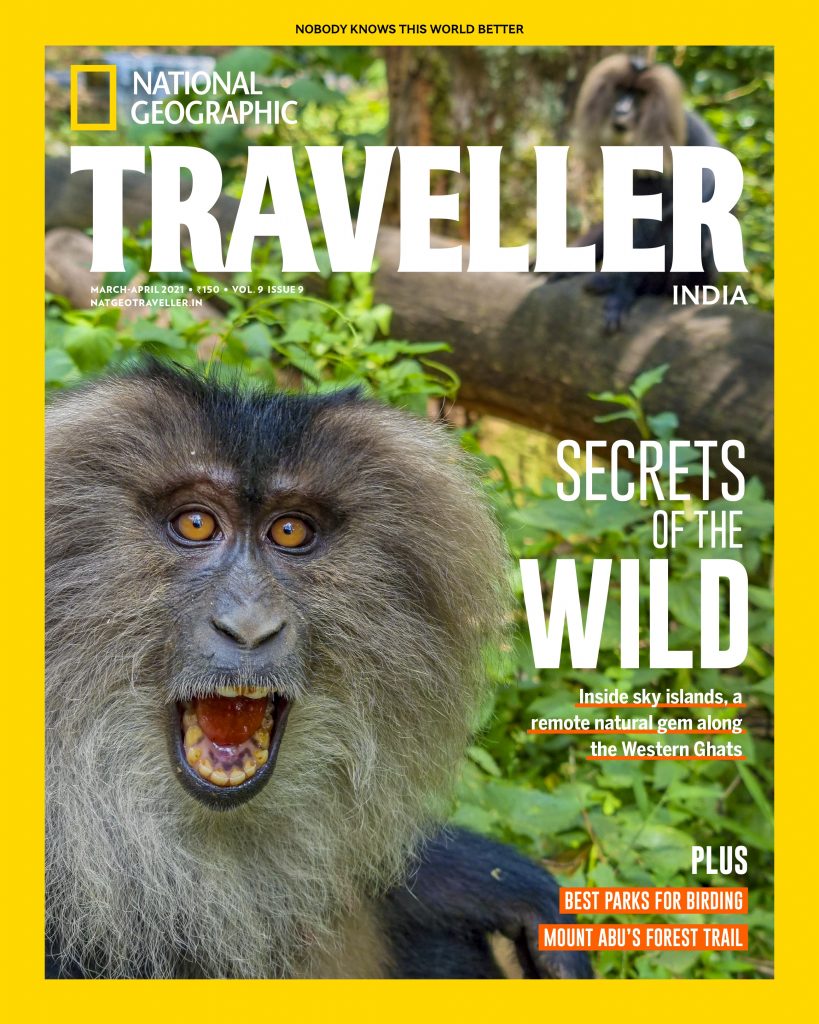 As part of campaign, explorer and photographer Prasenjeet Yadav headed to the forests of the Western Ghats to shoot videos of the biodiversity and the stunning scenes with the Galaxy S21 Ultra 5G. Using the incredible camera capabilities of the flagship smartphone, he captured the beauty in 8K and extracted high-resolution stills from the video, one of which served as the cover of the March edition. The video footage collected by Prasenjeet on the expedition will also be released to give viewers an insight into what it takes to capture that elusive cover shot.

“Using a phone camera for an assignment was a challenge, but the fact that I could get high-quality pictures of a tiny frog to a large landscape and get one of them printed on the cover of National Geographic Traveller magazine is really impressive,” said Prasenjeet Yadav, National Geographic Explorer and Photographer. 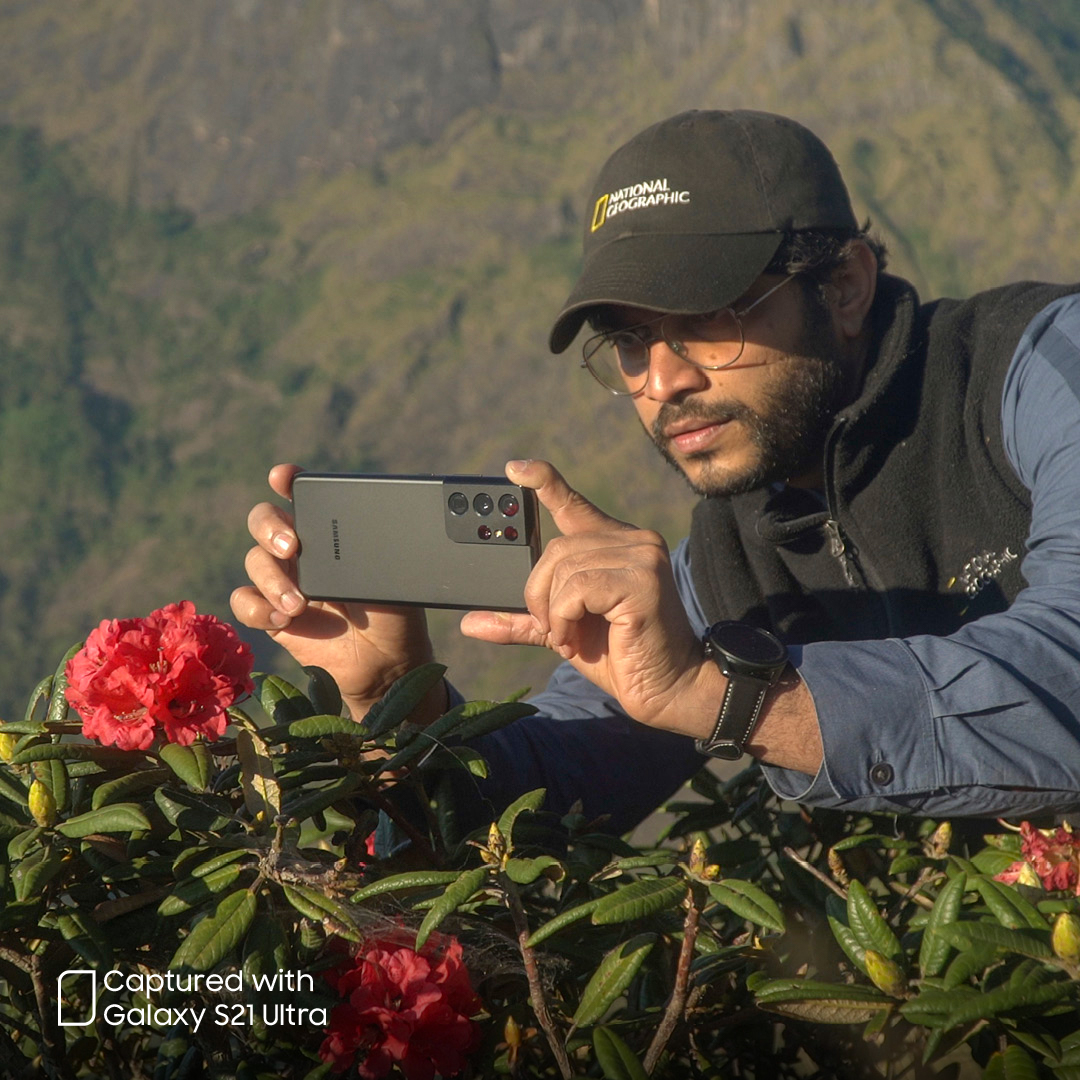 This will be the first time that the cover shot of a travel magazine is generated from a high resolution still from an 8K video, a milestone for the role of camera phones in story-telling, especially in the nature and travel spaces. The cover and the journey video can be viewed on:

With the most advanced pro-grade camera system, Galaxy S21 Ultra 5G users can capture stunning, studio-quality photos in various lightings and settings. The combination of anti-shake technology, 10x optical zoom and both laser and dual-pixel autofocus enables the cameras to produce results that rival those of high-end DSLRs. Galaxy S21 Ultra 5G has a quad rear camera that features an upgraded 108MP pro sensor, from which users can capture 12 bit HDR photos with 64 times richer colour data and more than three times wider dynamic range. For the first time on a Galaxy smartphone, users can shoot in 4K at 60fps across all lenses including the front and the four rear four lenses.

[Preserving Our Planet] ① Putting Old Phones to Good Use