V8’s “V” stands for “Versatile,” meaning that the advanced functions from premium ultrasound systems dedicated to specific departments such as obstetrics, radiology, orthopedics and cardiology have been implemented.

which is suitable for observing the presence of microvascular blood flow, low-velocity blood flow and LumiFlow

which provides three-dimensional visualization of blood flow in a two-dimensional image, allowing the medical staff a more realistic assessment of the vascular structures and flow.

For radiology, V8 is equipped with S-Shearwave Imaging

which allows synchronous alignment of medical images of ultrasound with one or more cross-sectional studies such as MRI which are instantly reconstructed in the corresponding plane.

On the other hand, it is also expected to be equipped with a NerveTrack

which has been cleared by the U.S. Food and Drug Administration (FDA) as an AI medical device and can be used to treat musculoskeletal diseases that track nerve locations in pain areas in real time.

In addition, by introducing a 23.8″ LED monitor and a 14″ high-sensitivity touch panel, user convenience has been enhanced to perform various procedures. 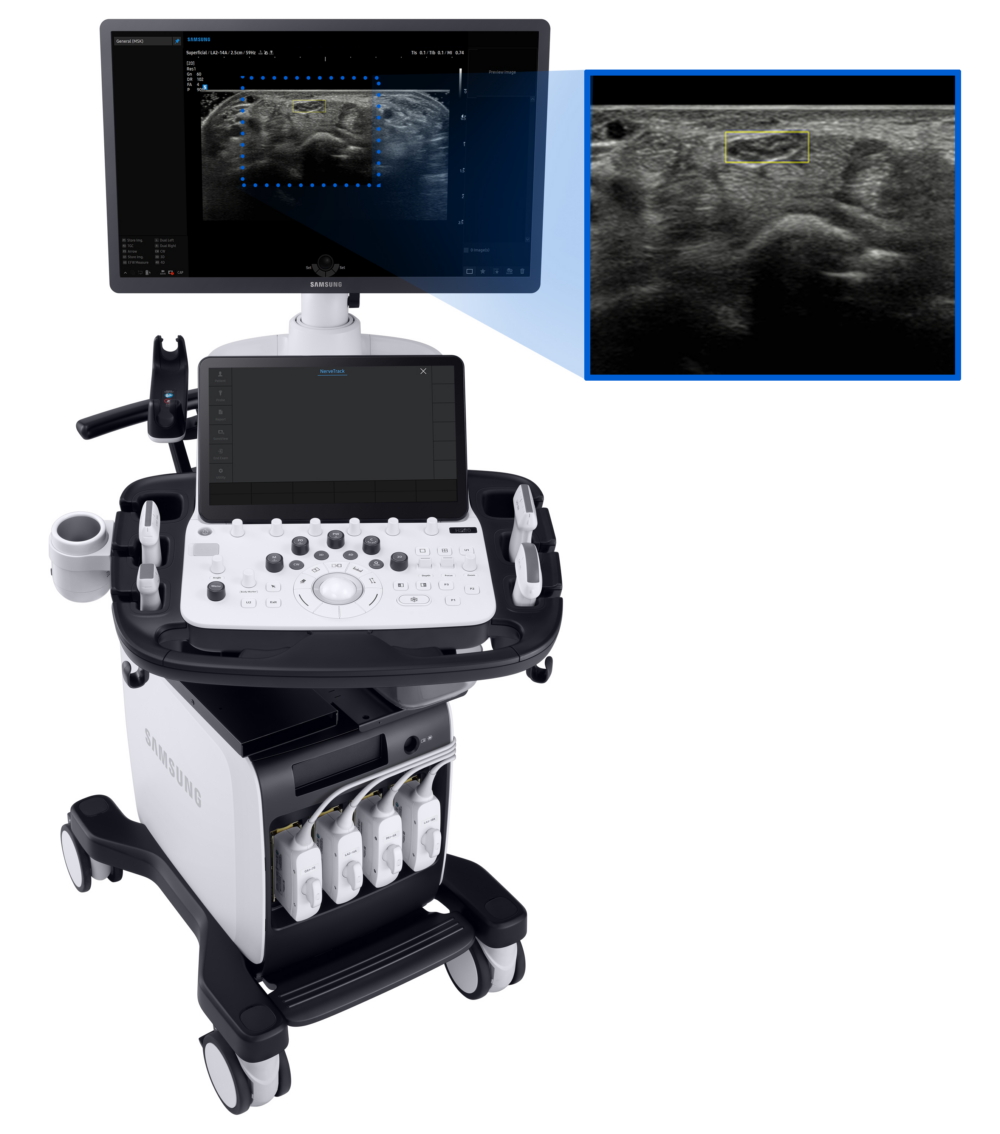 Samsung Medison is a global leading medical device company, specializing in diagnostic imaging devices. With a mission to bring health and well-being of people’s lives, the company is committed to create a new future for medical professionals and patients around the world across various medical fields. In 2011, Samsung Medison became an affiliate company of Samsung Electronics, integrating world’s best IT, image processing, semiconductor and communication technologies into medical devices.