Ruling NDA will end up victorious with a thumping margin: Ram Bhadur Rai 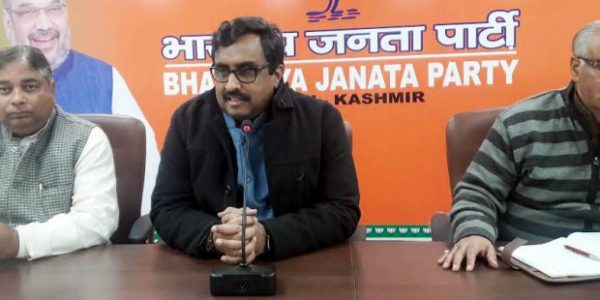 New Delhi, May 19 (Udaipur Kiran): With the polling of seventh and the last phase for the General Elections 2019 came to a close this evening, the million dollar question has started doing the rounds as to who is going to have the last laugh in the Lok Sabha polls, which party the lady luck will smile on and who will form the government at the Centre?
Ram Bahdur Rai, senior journalist, is of the view that regional parties are expected to corner a big chunk of seats and they might play a pivot role in forming the government at the Centre if such a situation arises wherein the Congress party bags 125 plus seats and BJP bags less than 200 seats.
But that’s not going to be the case for the BJP as it is very much optimistic of a clear mandate because of the “welfare schemes” launched by Modi-led government. A broad consensus is emerging that electorates are likely to bring the BJP government to the power once again on May 23, Rai added.
He further said that exit polls are hardly realistic as there is no scientific method to sense the mood of the voter. While Indian voters are capable of throwing up surprises, most pollsters and political observers agree that the ruling National Democratic Alliance – of which BJP is the leading partner – will end up victorious with a thumping margin.
Prime Minister Narendra Modi appeared confident of a decisive verdict and his colleague Amit Shah is also optimistic that the Bharatiya Janata Party (BJP) will cross 300 on its own, 18 more than it won in 2014 in a house of 543 in Parliament.
While exit polls have gone horribly wrong in the past – both in terms of predicting seats and in extreme cases they have got the winners wrong – the release of numbers is a national spectacle that is broadcast live on prime time television.
Given the intense scrutiny exit polls invite, pollsters are cautious in predicting the results as their reputation is at stake in this elections, which observers say is one of the toughest to understand and predict in recent decades.
The regional parties which are not of any alliance will have the numbers to tilt the scales in the eventuality of a fractured mandate. Both the NDA and the UPA will entice regional parties to boost their numbers.
However, things are not so simple and events in the past show that parties have lost a chance to rule even after coming tantalisingly close to the magical figure of 272. Whoever plays the game right on May 23 will have a better chance of forming the government.
However, Modi’s NDA has an edge as it is likely to be the largest coalition and the BJP has the organisational muscle to get to the majority mark with the support from non-NDA parties.
Please share this news
2019-05-20
chundawat
Share