Kolkata : The West Bengal government has allocated around Rs 2.5 crore for the first lot of beneficiaries of the ”Lakshmir Bhandar” (treasure of Goddess Lakshmi), an income support scheme for women, who will start getting money in their bank accounts before the Durga Puja next month, a senior official said on Monday. 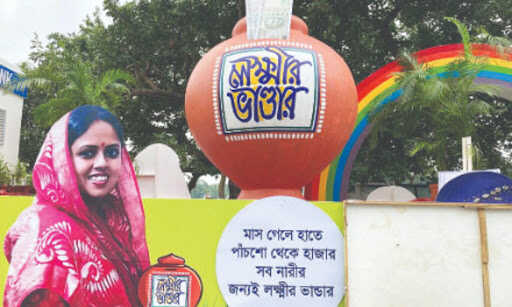 The allotment was decided after scrutinising the first lot of applications.

A total of Rs 2.48 crore has been allocated and out of it, the maximum of Rs 29.81 lakh was granted for South 24 Parganas district, the official said.

The state government has received over 1.79 crore applications for the scheme.

Under the initiative, the state government will provide Rs 1,000 per month to women heads of Scheduled Caste and Scheduled Tribe families, and Rs 500 to those belonging to the general category.