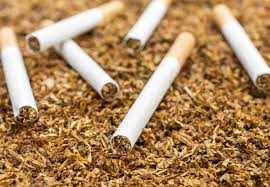 Several steps have been taken by the Government to reduce the prevalence of tobacco use. Some of the major steps are as under;

As part of the Global Tobacco Surveillance System (GTSS), three rounds of Global Youth Tobacco Survey (GYTS) among 13-15 year-old school going children in 2003, 2006 and 2009 and two rounds of Global Adult Tobacco Survey (GATS) among 15 years and above in 2009-10 and 2016-17 have been undertaken.  These surveys are global standards for systematically monitoring adult and youth tobacco use (smoking and smokeless) and track the key tobacco control indictors.

The National Monitoring framework for Prevention and Control of Noncommunicable Diseases (NCD), stipulates relative reduction in prevalence of current tobacco use by 15% and 30% by 2020 and 2025 respectively, to the baseline levels of 2010. The National Health Policy (NHP), 2017 also reiterates the relative reduction of 15% in tobacco use by 2020 and of 30 percent by 2025, which is in line with the above Targets and Indicators under the NCD Frame Work.

The Minister of State (Health and Family Welfare), Sh Ashwini Kumar Choubey stated this in a written reply in the Lok Sabha here today.