As head of Samsung India’s Digital Services team, Senior Director, Sanjay Razdan helps in ideating, developing and marketing services tailor-made for consumers in India. His job is to delight consumers with innovative solutions on Galaxy smartphones. But one person he had so far failed to impress was his 70-year-old mom who continued to hang on to her old feature phone!

Sanjay with his mother: Do What You Can’t

“She was not comfortable using the smartphone–as it involves touches on the screen. And she never understood why the rest of the family were, at times, hooked on to their devices,” says Sanjay. But over the last few days, Sanjay’s mom has turned into a smartphone fan. She is doing video calls with Sanjay’s siblings who aren’t able to meet her. She is video calling her sister in Jammu, whose son is stuck (as a crew member) on the Grand Princess cruise ship on the coast of San Francisco. And she has been witnessing how Sanjay is paying her doctor’s fee, and other bills, through his smartphone.

“We all understand the predicament of our seniors. But once that barrier is overcome, they know how helpful the smartphone can be. During the lockdown, most of us must have felt the same way,” he adds.

Sanjay now expects people to use their smartphone services more meaningfully. As they delve deeper into the digital world, they need more trusted and secured devices. Like Samsung phones, which are protected by defense-grade KNOX security.

The smartphone’s utility will also rise from a hygiene point of view–the lesser the touch, the better. For instance, consumers will use Samsung Pay to make contactless payments on card machines (instead of handing out the credit or debit card). Galaxy users can also use it to make payments through wallets and UPI, with a swipe of the finger on their personal device.

Also Read:  A Day With My Galaxy: How to Get the Best Out of It

Sanjay, who spent his initial years in Samsung at SRI-Bengaluru, Samsung’s biggest research centre outside Korea, before moving to the Two Horizon Center head-office in Gurugram, played a leading role in localising and launching Samsung Pay, the only contactless phone payment service in India that can be used on both, Magnetic Secure Transmission (MST) and Near Field Communication (NFC) technology-enabled card machines.

Samsung Pay is the first smartphone-based UPI Payment application launched in India. It also integrated several digital wallets, and recently added the national toll payment app FASTag into it, making it a ‘super payment app’ for all consumers. 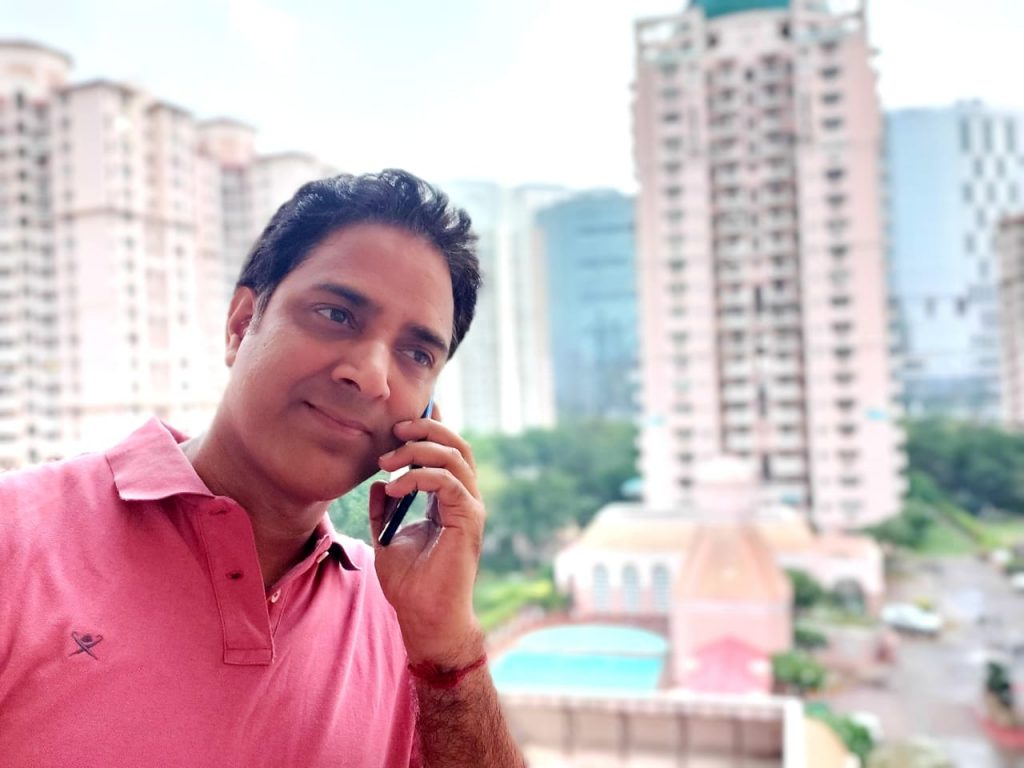 ‘We will delve deeper into the Digital World’

The team recently enabled Samsung Pay for consumers to pay directly to the PM CARES Fund via the app.

“You really don’t need to worry if you forget your wallet and cash back home. If you have your phone with Samsung Pay on it, you can make credit and debit card payments, and even UPI or wallet payments using your smartphone, and without having to touch any other object,” Sanjay explains.

“And now that my mom is comfortable using the smartphone, I really want her to experience Samsung Pay some day. It is a sheer joy to see how people react when they make a payment by just tapping their phone on the card machine. It’s like some magic.”

A significant achievement of the digital services team in India that Sanjay leads was to localise the Galaxy Store, loading it with top local content, games as well as themes. The ‘Make for India’ Galaxy Store is now available in 14 regional languages giving local app and content developers better discovery and reach.

The team also repositioned the ‘My Galaxy’ app as a unique platform for curated content—videos, music and games—for Indian consumers. They recently added a K-Pop section that has been a run-away hit among millennials. ‘My Galaxy’ has seen significant uptick in content consumption at a time when a large number of people in India are working remotely from home.

What’s his take on work from home? Sanjay quips he has an added role now! At home, he gets to decide how his family members use data, and when. “It is challenging and fun in equal measures. I have back-to-back video conferences, my wife works from home and our kids attend online classes. A typical weekday starts with identifying how to ensure Wi-Fi connectivity for all. I have to ensure that no data is diverted for entertainment during office hours, even if that means changing Wi-Fi password at times,” says Sanjay, with the effervescent smile on his face.

PM greets people on the occasion of Milad-un-Nabi