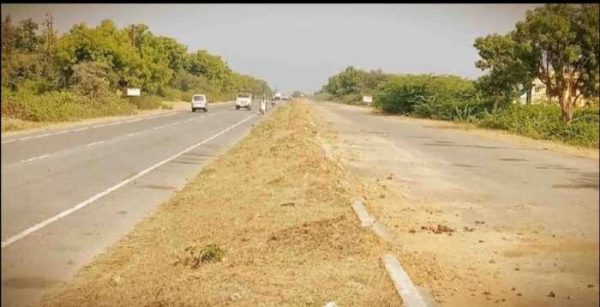 Udaipur : Rajsamand MP Diya Kumari on wednesday, expressed dissent on the Congress claims for credit for the financial sanction of the prestigious Beawar-Gomti four lane project, for which she said she had been running pillars to post for over an year. The 100-km road will be constructed at a cost of Rs. 722 crores.
Expressing gratitude to PM Narendra Modi and Union Minister of Road Transport & Highways, Nitin Gadkari, Diya said the people of the constituency are well aware that whose efforts have brought this project to them.

“It is most surprising that on one hand, the Congress keeps saying that the union government is doing nothing and on the other hand, they take away claims for the projects sanctioned by tthe center. By merely issuing press notes one does not get credit. Both inside the Lok Sabha as well as outside, I have lobbied and worked hard with complete earnestness for this 4-Lane project, “ the MP said.

During the election last year, Diya Kumari had promised the electorate to pitch strongly for the project. The 100-km stretch will be completed in two parts. The first 50-km stretch will be constructed at a cost of Rs. 380.29 crores and the final 50-km stretch at a cost of Rs. 341.33 crores. As per the plan, along with 6 flyovers, 40 smaller bridges will be constructed. After the Beawar-Gomti 4-lane is completed, travel from Delhi to Jaipur, Ajmer, Beawar, Rajsamand, Udaipur and Ahmedabad will be facilitated.