Raj’s only terrestrial MIC at Ramgarh gets global recognition 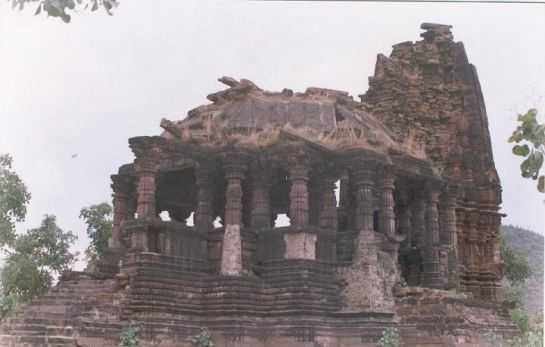 Udaipur : In the 150th year of its discovery by Geological Survey of India (GSI) in 1869, India’s third and Rajasthan’s only terrestrial Meteorite Impact Crater (MIC) at Ramgarh, a settlement located in Baran district about 110 kms northeast of Kota city, has been finally recognized by Meteoritical Society, the US based world body for meteorites. Ramgarh and nine other sites were added as confirmed meteorite impact craters to the last world total of 190, which now stands at 200.  In its official journal, Meteoritics & Planetary Science, renowned experts (T. Kenkmann of Germany and others) have published a 26-page detailed paper based on the latest remote sensing techniques, detailed field and laboratory studies, describing the various salient features of this natural-heritage site.

The recognition is expected to give a major boost to the geo-heritage site now as it had been lying neglected for decades now without not even a single mention in any of the brochures and booklets of the state’s tourism department. Neither had the GSI taken efforts to declare it a National Geo Monument (NGM).  Interestingly, habitations have thrived for years at this heritage site and there is a 10th century Shiv temple situated in the center of the crater which attracts large number of devotees on religiously significant days.

The INTACH ( Indian National Trust for Art and Cultural Heritage) Udaipur chapter initiated the promotion for Ramgarh as MIC in November 2016 with the support of Natural Heritage Division of INTACH headquarters. The exotic Ramgarh structure remained an enigmatic landform for long, it was studied by different workers from Geological Survey of India and different universities.” It has now been concluded that the 200 m high, ~4-km diameter ring structure of hills in Baran district is result of a collapse of the dome that had formed as a central uplift due to the impact. The complex meteorite impact crater is of 10-km diameter, making it slightly smaller than the 11-km Dhala (MP) MIC, but larger than the 1.8-km Lonar MIC (Maharashtra)” expert  member of the Geo Heritage India group Prof P.S. Ranawat of INTACH, Udaipur chapter told Udaipur Kiran.

He further informed, the moderately oblique (45°–30°) impact occurred into a shallow water regime on the horizontally lying upper Vindhyan,1000–1070 million years old, sedimentary rocks. The impact possibly occurred during upper-middle Jurassic, some 165 million years ago. Ranawat said, the Ramgarh has potential of being a UNESCO GEOPARK because of the associated educational,cultural and biotic heritage, which are attributes of public liking. These aspects are being taken up with the state department of tourism and the district administration and like-minded public institutions. A public interest compendium of images and concise text on Ramgarh MIC is also on the anvil with a possible film on social media platform.