Raj delegation to assess impact of liquor ban in Bihar 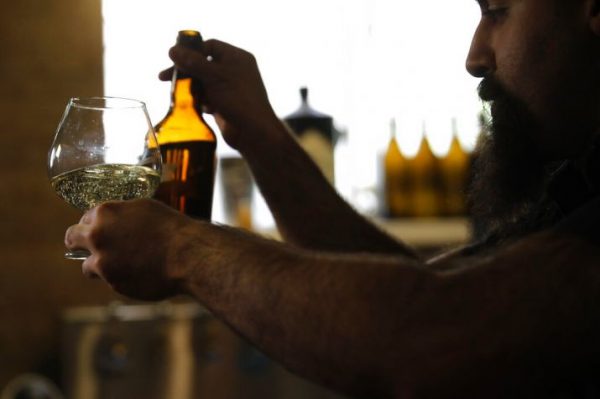 Udaipur : A team of officers from the state excise department would visit Bihar to assess the impact of alcohol prohibition in the state. The team would visit Bihar from December 11 to 16 and submit an analytical report illustrating the positive as well as negative impact of the liquor ban. The alcohol ban was implemented through the Bihar Prohibition and Excise Act that came into effect on April 1, 2016. In Rajasthan, women have been protesting alcohol fueled harm in public. Rural women have been taking to streets to protest the rampant alcohol use among the men leading to severe consequences and violence in their homes.

” A team has been constituted to assess the impact of liquor ban in Bihar. It will collect the minutest details on how the prohibition policy has changed the lives of a common man in Bihar. From the manufacturers to workers, transporters, consumers and the female folk how the alcohol ban has benefited or harmed them would be studied” excise commissioner BishnuCharan Mallick told Udaipur Kiran. The five-member team is led by C.R Devasi the additional excise commissioner (policy), excise officer Udaipur Rajendra Pareek, Barmer excise officer Sanjay Singh Dullar, Gajendra Singh Rajpurohit from Jodhpur and Eishwar Singh Chouhan, Sirohi, which would assess the ground reality and prepare a factual report based on their observations.

” Speculations have been going around for some time regarding liquor ban in Rajasthan too. While alcohol regulation policies may help control crime, the effects of such policies are highly dynamic and may be difficult to understand. Once the team visits the state, it would file its report which would be forwarded to the state government for consideration whether it may be practical to implement here too” Mallick said.