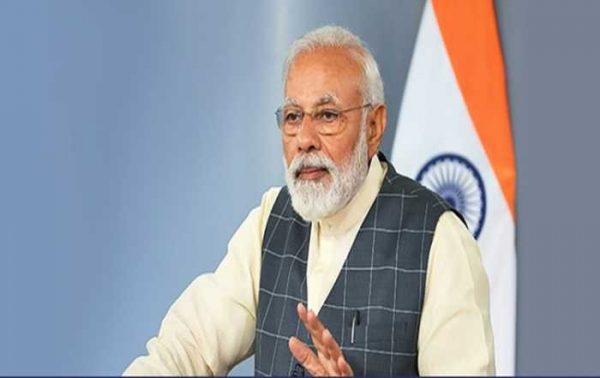 Prime Minister Narendra Modi wished Harivansh Narayan Singh on behalf of the entire House and all the countrymen for being elected as the Deputy Chairman of Rajya Sabha for the second time.

The Prime Minister said he had a lot of respect for Harivansh due to the way he created an honest identity for himself in the world of social work and journalism. He said the same feeling and respect is also in the mind of every member of the House today. He praised the working style of Harivansh and the way he conducted the proceedings of the House and said his role in the House strengthens democracy.

Addressing the Chairman, the Prime Minister said the members of the Rajya Sabha will now assist the Deputy Chairman in running the proceedings of the house smoothly. He said Harivansh ji belongs to everyone including the opposition and showed no discrimination to any party. He said managing that Members of the Parliament  play by the rules is a very challenging task and Harivansh ji won the trust of one and all.

The Prime Minister said Harivansh ji sat continuously for many hours to get bills passed and these two years are witness to his success. A number of historical bills which changed the future and course of the country, were passed in this house. He praised the House for setting the record of highest productivity in ten years that too within one  year of Lok Sabha elections. He said along with productivity in the house, positivity has also increased. Everyone could openly express their views.

He said Harivansh ji is known for his humble demeanor and humility.

The Prime Minister said Harivansh ji has also worked to improveIndia’s stature on all international platforms like inter-parliamentary union and as a member of Indian cultural delegation in other countries.

The Prime Minister said Harivansh ji being the chairman of several committees in Rajya Sabha, he had improved its functioning. He said after Harivansh ji  became Member of Parliament, he tried his best to ensure that all the MPs became more ethical by their conduct. He said Harivansh ji is equally active as an intellectual and thinker in the midst of parliamentary work and responsibilities. Harivansh ji still goes around the country, making the public aware of the economic, social, strategic and political challenges of India. He said, “His book closely reflects the life of our former Prime Minister Mr. Chandrashekharji, as well as the writing ability of Harivansh ji. I and all the members of this House are fortunate to have the guidance of Harivanshji as the Deputy Chairman.”

The Prime Minister gave his best wishes to  Harivansh ji and said the fact that the House  had more than 250 sessions is a proof of the maturity of Indian democracy.