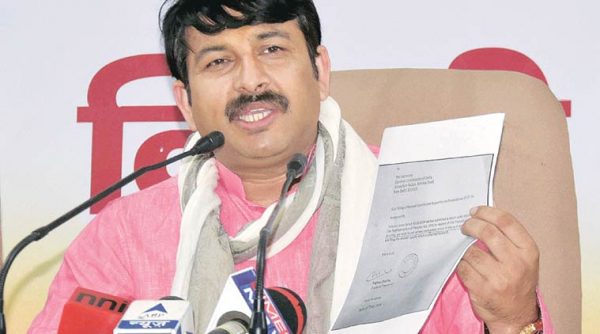 New Delhi, May 24 (Udaipur Kiran): Delhi BJP president Manoj Tiwari has said that the victory achieved in 2019 is historic and this overwhelming mandate is the repetition of the 2014 mandate. The people have appreciated the tremendous amount of work done by the government under the leadership of the Narendra Modi and hence have given a clear mandate to the BJP. This grand victory is the stamp of democracy that the people of India has put on the developmental work done by Modi in last 5 years.

Tiwari said that the people of the India have reposed the faith in Modi government and have admitted to the very fact that “Modi hai to mumkin hai”. The credit of this historical win of BJP is accredited to the able leadership of the Prime Minister Narender Modi, the organisational skills of BJP National President Amit Shah, the tireless work done by the karyakarta of the BJP and the dream of New India of the 130 crore people of the country.

Since 2014 the BJP had worked on the premise of “Sabka saath, sabka vikas”. The people of the country have re-elected the strong Modi government on the further premise of “sabka vishwas”. This is the mandate given by the electorate against the lie, false allegations, personal comments and baseless politics of these parties. This result certifies that people of India have voted above caste, nepotism and polarising factors.

Tiwari further said that he bows down to the people of Delhi for making the BJP win on all the 7 seats in Delhi. People of Delhi have yet again proved that the politics of lie, deceit and false propaganda would not work in Delhi. Repeating the history of 2014 again in 2019, Delhi has proved that the whole nation is with Prime Minister Narendra Modi and they look forward to make India the “vishwa guru”.