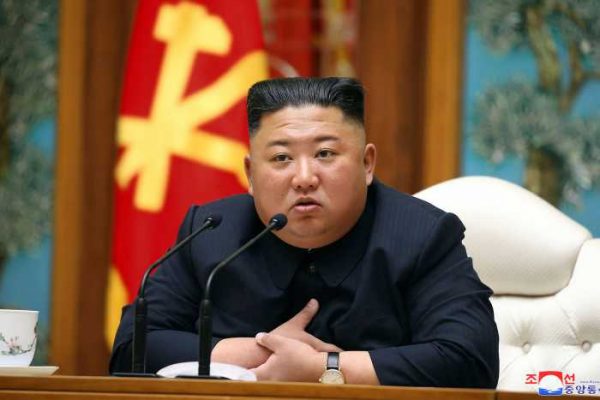 The U.S. was monitoring intelligence reports that Kim may be in “grave danger after a surgery,” CNN reported, citing a U.S. official with direct knowledge of the matter. The White House declined to comment on the CNN report.

The Daily NK, a Seoul-based website that gathers information from informants inside the isolated nation, separately reported that Kim underwent a “cardiovascular surgical procedure” and was now mostly recovered. It was impossible to immediately verify the report, which the Daily NK said was based on one person inside North Korea.

The Daily NK is part of a group of non-for-profit agencies affiliated with the South Korean Unification Ministry, and has occasionally been contacted by Seoul officials for information. The outlet’s backers include the U.S.’s National Endowment for Democracy, which awarded it $400,000 last year to “raise awareness and understanding of the conditions in North Korea by disseminating accurate, timely and relevant news and information about the country.”

Still, the health of North Korea’s leader is one of the state’s most closely guarded secrets, typically only known by a handful of people in the inner circle of leadership. Kim didn’t attend April 15 celebrations for the birthday of his grandfather and state founder Kim Il Sung, one of the biggest days on the North Korean calender.

The Unification Ministry said Friday it was “inappropriate” to speculate about the reasons for Kim’s absence. Kim has made 17 public appearances this year that were mentioned in state media — at a pace of a little more than one a week — the ministry said. That’s slightly down from 84 public appearances last year.

Kim, 36 and a heavy smoker, has been shown in state media in recent months appearing at military drills and riding a white horse on the country’s revered Mt. Paektu, where state propaganda says his grandfather used as a guerrilla base to fight Japanese colonial occupiers.

North Korea has been battling to prevent a coronavirus outbreak, which has led to cutting back on celebrations and some other major events and for cadres to appear in protective masks in public events with Kim.