New telescope captures most detailed pictures yet of Sun

The Inouye Solar Telescope in Hawaii will enable a new era of solar science, and a leap forward in understanding the Sun and its impacts on our planet, according to the researcher from the National Science Foundation (NSF) in the US.

Activity on the Sun, known as space weather, can affect systems on Earth, they said. Magnetic eruptions on the Sun can impact air travel, disrupt satellite communications and bring down power grids, causing long-lasting blackouts and disabling technologies such as GPS.

The latest images show a pattern of turbulent “boiling” plasma that covers the entire Sun. The cell-like structures are the signature of violent motions that transport heat from the inside of the Sun to its surface. That hot solar plasma, the researchers explained, rises in the bright centres of “cells,” cools, then sinks below the surface in dark lanes in a process known as convection. “We can now share these images and videos, which are the most detailed of our Sun to date,” said France Cordova, NSF director.

“NSF’s Inouye Solar Telescope will be able to map the magnetic fields within the Sun’s corona, where solar eruptions occur that can impact life on the Earth,” Cordova said in a statement. He said the telescope will improve the understanding of what drives space weather, and ultimately help forecasters better predict solar storms. The Sun is our nearest star a gigantic nuclear reactor that burns about five million tonnes of hydrogen fuel every second.

It has been doing so for about five billion years and will continue for the other 4.5 billion years of its lifetime. All that energy radiates into space in every direction, and the tiny fraction that hits the Earth makes life possible, the researchers noted.

However, many of the Sun’s most vital processes continue to confound scientists. “On Earth, we can predict if it is going to rain pretty much anywhere in the world very accurately, and space weather just isn’t there yet,” said Matt Mountain, president of the Association of Universities for Research in Astronomy, which manages the Inouye Solar Telescope. “Our predictions lag behind terrestrial weather by 50 years, if not more. What we need is to grasp the underlying physics behind space weather, and this starts at the Sun, which is what the Inouye Solar Telescope will study over the next decades,” Mountain said.

The motions of the Sun’s plasma constantly twist and tangle solar magnetic fields, the researchers said. Twisted magnetic fields can lead to solar storms that can negatively affect our technology-dependent modern lifestyles, they said. Resolving these tiny magnetic features is central to what makes the Inouye Solar Telescope unique, according to the researchers. It can measure and characterise the Sun’s magnetic field in more detail than ever seen before, and determine the causes of potentially harmful solar activity, they said.

Better understanding the origins of potential disasters will enable the governments to better prepare for inevitable future space weather events, the researchers said.

It is expected that notification of potential impacts could occur earlier as much as 48 hours ahead of time instead of the current standard, which is about 48 minutes, they said. This, the researchers said, would allow more time to secure power grids and critical infrastructure and to put satellites into safe mode. 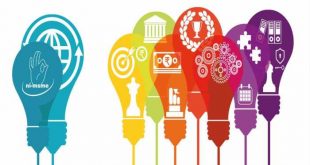