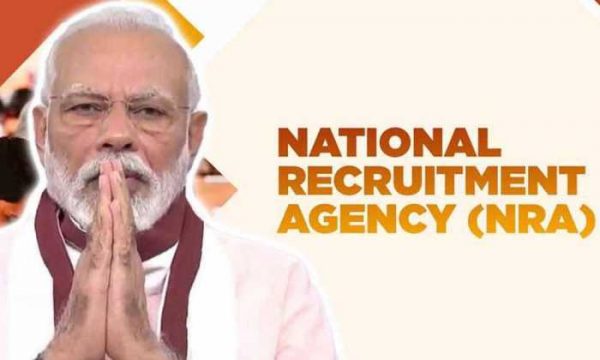 In order to mitigate the hardships to candidates seeking Government jobs by providing the same platform to all candidates, and with a view to set a new standard of equity and inclusiveness in recruitment, Government has set up the National Recruitment Agency (NRA), vide order, dated 28.08.2020. The NRA will be an independent autonomous organization to conduct the Common Eligibility Test (CET) to screen/shortlist candidates for certain categories of posts in Central Government, for which recruitment is carried out through the Staff Selection Commission (SSC), Railway Recruitment Boards (RRBs) and Institute of Banking Personnel Selection(IBPS).

The existing Central Government recruiting agencies like SSC, RRBs,&IBPS would continue to conduct domain-specific examinations/tests as per their requirement.

The NRA will conduct only the preliminary screening of candidates through the CET. Based on the score obtained in the CET conducted by NRA, candidates may appear in the domain-specific examinations/tests to be conducted by SSC, RRBs & IBPS respectively for the actual recruitment.