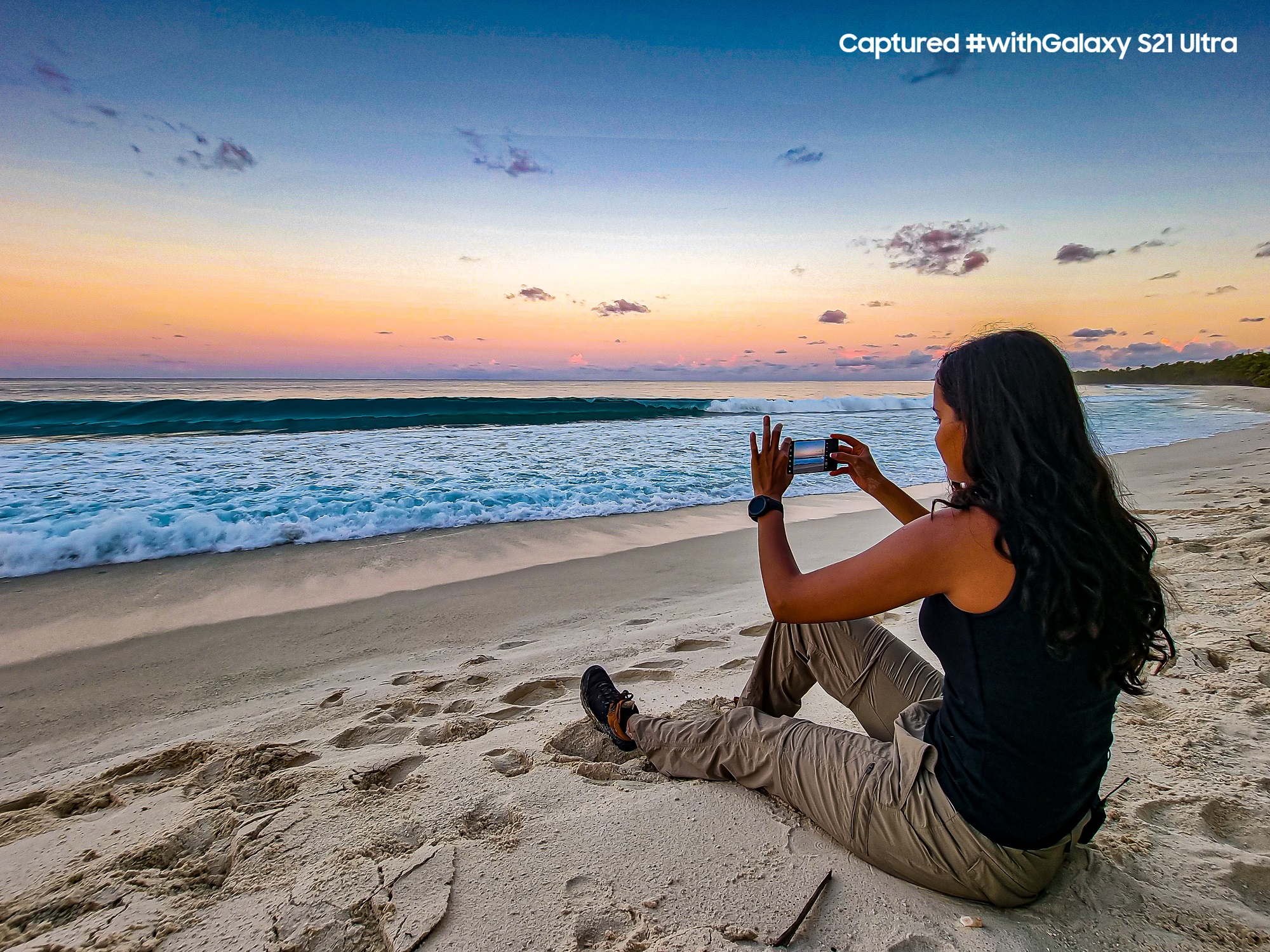 Marine life is a different world altogether. The sight of an eight-legged octopus swiftly attacking its prey or watching a shark pass by, exploring the colourful and exotic life is nothing less than surreal. 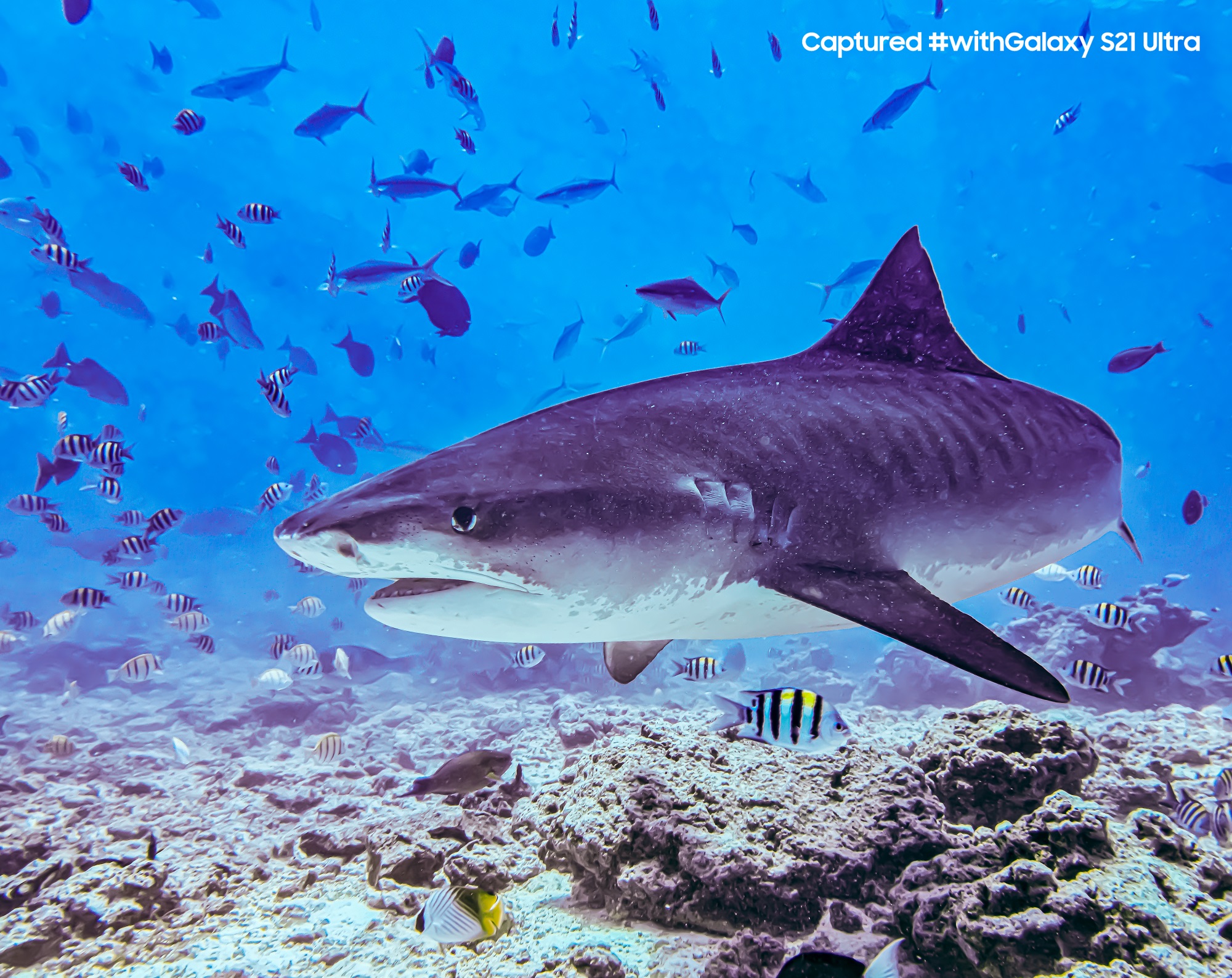 To #UncoverTheEpic with Galaxy S21 Ultra, Malaika set off on a magical dive off Fuvamulah Island also known as Shark Island of Maldives

National Geographic Explorer and Wildlife Filmmaker Malaika Vaz has travelled across some of the most hostile terrains on all seven continents. From hiking across glaciers in the Antarctic to diving with blue whales in remote frontiers, she has done it all. As part of her work, she has made documentaries that focus on the environment, endangered species, community-led conservation and wildlife trafficking. Her recent film on Manta Rays was nominated for the Green Oscars and won an award at the prestigious Jackson Wild Media awards.

To #UncoverTheEpic with Galaxy S21 Ultra, Malaika set off on a magical dive off Fuvamulah Island also known as Shark Island of Maldives. Using the pro-grade camera of Galaxy S21 Ultra and its premium 8K Video Snap feature, she captured one of the most dangerous predators- The Majestic Shark. Unlike most shark films, Malaika decided to show a gentle side of the shark through her storytelling. 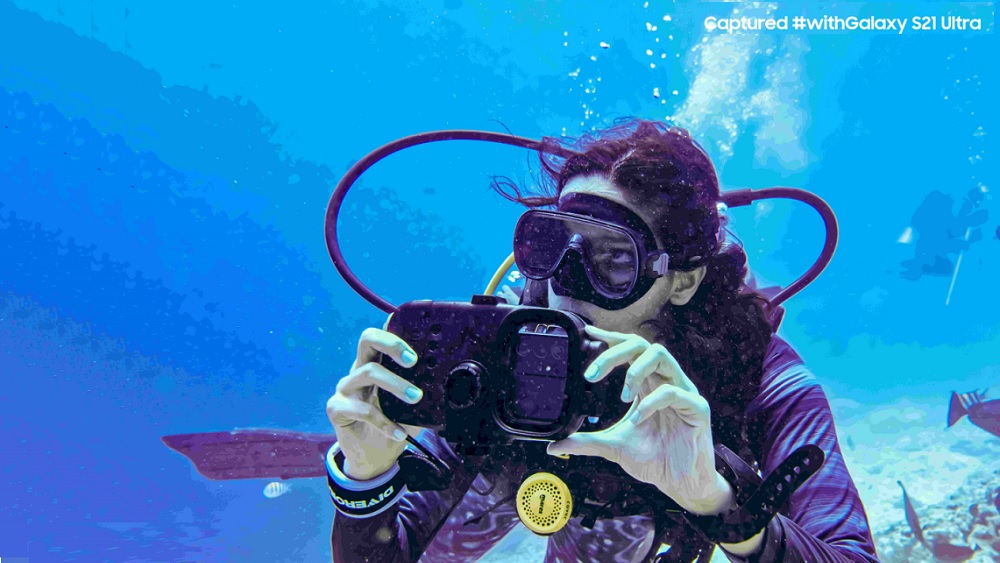 Malaika Vaz: The 8K Video Snap feature is the highlight if I had to choose from all of the features of Galaxy S21 Ultra 5G

It has been over 12 years that Malaika has been diving. She says diving feels as natural and reflexive to her as walking and cycling. Growing up in Goa, Malaika fell in love with the sublime elements of nature at a very early stage. Each time she dived; she would be awed. She decided to document her experiences to invoke the same feeling amongst viewers – which as a result would make people more aware about conserving these species – both from a policy and community perspective.

It was an exciting challenge to shoot underwater with a smartphone camera. “First I thought about filming a terrestrial shoot, as that would have been the most comfortable, with a smartphone camera. But when I found out about the superior camera capabilities of the Galaxy S21 Ultra 5G, I thought of taking a bigger risk of going underwater with the smartphone. It was probably the first time this has been done at this scale.” 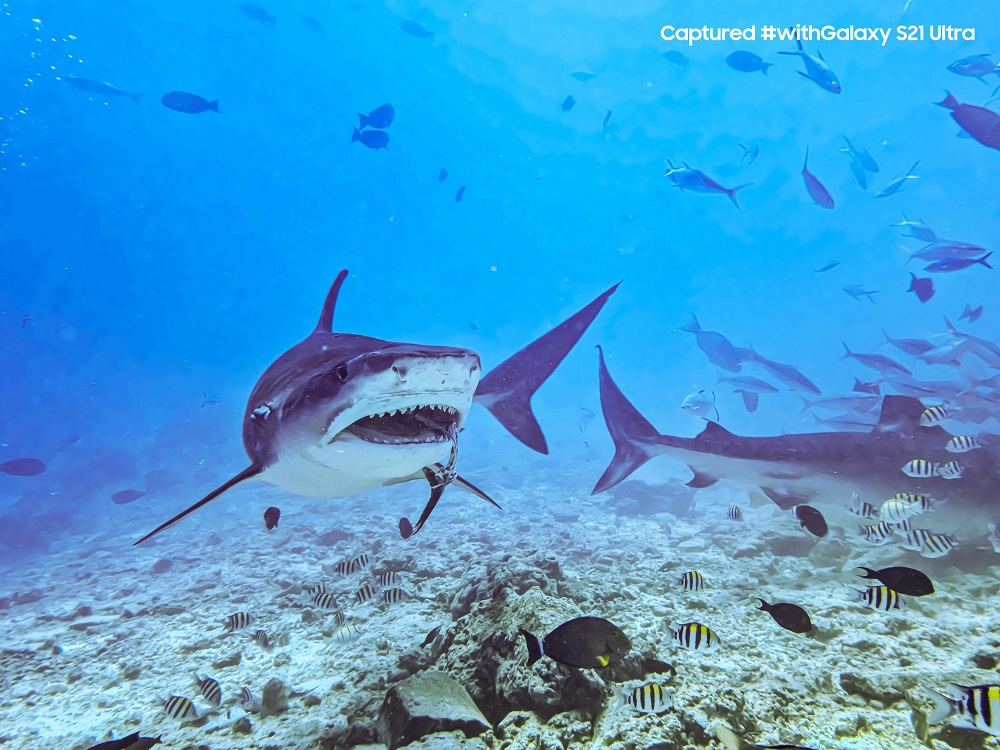 Malaika Vaz: The 8K video snapshots were so strong, that I would say that they are equal to taking a regular picture

From a filmmaker’s point of view, Malaika describes various game-changing elements in Galaxy S21 Ultra. “The 8K Video Snap feature is the highlight if I had to choose from all of the features of the smartphone. Nature is always full of surprises – and when something exciting is happening, you don’t want to choose between clicking a photo or shooting a video. The 8K video snapshots were so strong, that I would say that they are equal to taking a regular picture. The fact that you don’t have to sit long hours at an editing table to choose anymore, is empowering for me as a filmmaker.” 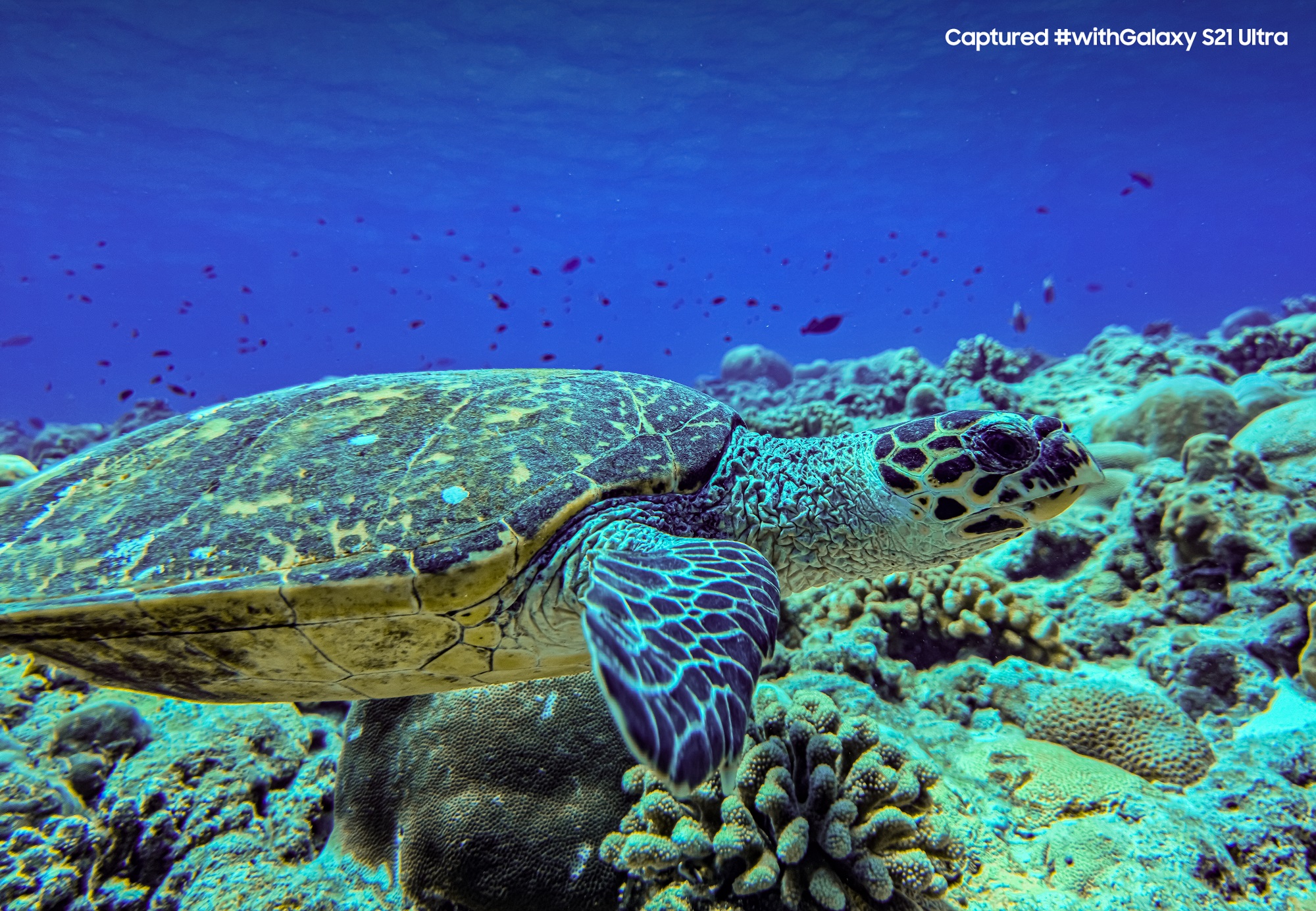 For an on-camera presenter like Malaika, it is very important to narrate with the visuals of surrounding to create a more immersive experience for viewers. The Vlogger View Mode and the Director’s View Mode on Galaxy S21 Ultra are extremely essential for such needs. “The good thing about having a phone with superior image capability is that it democratizes storytelling for everyone. If you are someone who cares deeply about documenting the natural world, or an aspiring filmmaker, and you are unwilling to invest in a huge amount of camera equipment – having that extra capability of the phone camera can help you propel your work much more,” she adds.

Malaika has always focused on making her storytelling interactive and life-like. “In these challenging times, where people across the world want to feel connected to the natural world, being able to immerse them in a world of emerald-blue ocean, sharks, turtles and other marine species, has been exciting. As a filmmaker being able to do all this with a smartphone is wonderful.” she says.