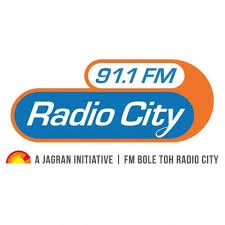 Radio City, a part of Music Broadcast, has once again topped the charts as the nation’s numero uno radio station according to AZ Research’s Baseline Study 2019. Radio City garnered a massive listenership of 6.9 crore across 34 markets with the highest listenership in the North, West and South zones. Imbibing the brand philosophy of ‘Rag Rag Mein Daude City’ that invokes city passion for the listeners, Radio City continues its hegemony in listenership across the nation.

Radio City’s remarkable achievements also include attaining the highest listenership of 109 lakhs and 62 lakhs in Delhi and Bangalore, respectively.

Music Broadcast operates a network of FM radio channels in India. It broadcasts Hindi and international music in various genres, such as film, non-film, Sufi, ghazals, lounge, current, and retro, as well as various advertising and entertainment solutions.