Appealed people not resort any violence 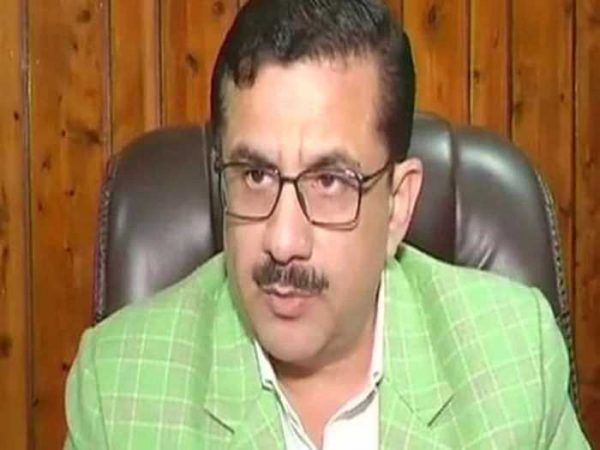 Srinagar : Jammu & Kashmir Mutahida Majlis-e-Ulema (MMU), MMU, the conglomerate of religious organisations of Jammu & Kashmir comprising Anjuman Auqaf Jamia Masjid, Dar-ul-Uloom Raheemiya, Muslim Personal Law Board, Jamiat Ahle Hadeth, Jama’at-e-Islami, Anjuman Sharia’n Shian, Karwaan-e-Islami, Itihaad-ul-Muslimeen, Anjuman Himayat-ul-Islam, Jamiat Hamdania, Anjuman Ulema-e-Ahnaaf, Dar-ul-Uloom Qasmia, Dar-ul-Uloom Bilaliya, Anjuman Nusrat-ul-Islam, Anjuman Mazhar-ul-Haq, Jamiat-ul-Aima Wal Ulema, Anjuman Aima Wa Mashaa’ikh Kashmir, Dar-ul-Uloom Naqshbandiya, Dar-ul-Uloom Rasheediya, Ahl-e-Bayt Foundation, Madrasa Kanz-ul-Uloom, Perwaan-e-Wilayat, Auqaf Islamiya Khurram Sarhama, Anjuman Tanzeem-ul-Makaatib, Muhammadi Trust and many social and educational institutions, led by incarcerated Mirwaiz Mohammed Umar Farooq strongly condemned the mischievous and malicious agenda of one Waseem Rizvi , by filing a petition in the Supreme Court of India against some verses of the holy Qur’an.
MMU in a statement to CNS said that this move is deliberate , aimed at provoking Muslims and feeding into the agenda of Islamophobes hostile to Islam and full of hatred.
MMU said that the holy Qur’an is the final word revealed by Allah Almighty and every single word has and will remain unchanged till the Day of Judgment. The holy scriptures revealed by Allah including the Quran are sacred and it is beyond the power of any human being or agency to change a single word or to make any change(s) to it
“By such mischief, people like Rizvi seek publicity, and score brownie points to get close to the power corridors, “the statement said.
“Qur’an does not preach violence or hatred against anyone. It is the fountainhead that promotes humanity, love, unity and harmony “ it said.
MMU appealed to people to not resort to violence over the obnoxiousness of Rizvi, which he and his masters would be anticipating to further their agenda – instead pledge to follow the teachings of the holy Qur’an in letter and spirit.