Home / TOURISM / Ministry of Tourism organises a webinar titled Hampi- Inspired by the past; Going into the Future”under Dekho Apna Desh Webinar Series

Ministry of Tourism organises a webinar titled Hampi- Inspired by the past; Going into the Future”under Dekho Apna Desh Webinar Series 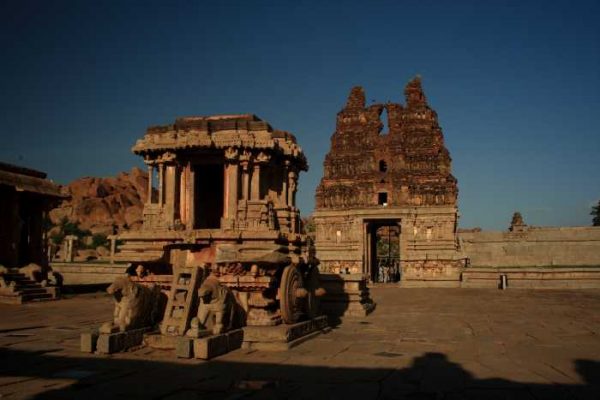 The Ministry of Tourism organised their latest webinar titled Hampi- Inspired by the past; Going into the future on 29th August 2020 under Dekho Apna DeshWebinar series.The webinar was focused on an integrated approach that addresses the needs of Hampi as both heritage site and tourist destination, and addresses social, economic and ecological concerns.Dekho Apna Desh Webinar Series is an effort to showcase India’s rich diversity under Ek Bharat Shreshtha Bharat programme.

The presenter started with Hampis history.  Its name is derived from Pampa which is the old name of the Tungabhadra River on whose banks the city is built. In 1336 CE, the Vijayanagara Empire arose from the ruins of the Kampili kingdom. It grew into one of the famed Hindu empires of South India that ruled for over 200 years.The Vijayanagara rulers fostered developments in intellectual pursuits and the arts, maintained a strong military and fought many wars with sultanates to its north and east. They invested in roads, waterworks, agriculture, religious buildings and public infrastructure.  The site used to be multi-religious and multi-ethnic; it included Hindu and Jain monuments next to each other. The buildings predominantly followed South Indian Hindu arts and architecture dating to the Aihole-Pattadakal styles, but the Hampi builders also used elements of Indo-Islamic architecture in the Lotus Mahal, the public bath and the elephant stables.

Vijayanagara Empire flourished as it controlled cotton and spice trade routes of Southern India.  Medival historians refer to Hampi as an important center of trade.  However, the glory of Vijayanagara was short lived.  With the death of Krishnadevaraya, the combined armies of the five muslim kingdoms- Bidar, Golconda, Ahmednagar and Berar destroyed this might empire in 1565.

The Kishkinda Trust was established in 1997 to work towards integration of heritage conservation with the lives of the local people, striving towards the socio economic and cultural enhancement of Anegundi village.  Since its inception, the trust runs programs integrating heritage conservation with crafts, rural tourism, organic farming and other locally developed skills that benefit the community socially and financially.

The presenter while highlighting the important attractions of Hampi, spoke about the 15th Century Virupaksha temple which is one of the oldest monuments of the town.  The main shrine is dedicated to Virupaksha, a form of Lord Shiva.  Hemkunta Hill, south of the Virupaksha temple contains early ruins, Jain temples and a monolithic sculpture of Lord Narasimha, a form of Lord Vishnu.  At the eastern end, there is the large Nandi in stone; on the southern side is the larger than life Ganesha.  Large single stone carvings seem to have been the fashion of the day in Hampi, for there is a large image of Narasimha (6.7m high), the half lion half man incarnation of God, as well as a huge linga.

Hampi Bazar street also known Virupaksha Bazar begins in front of the Virupaksha temple and ends at the foothill of the Matanga hill.  As Rama and Lakshman continued their search for Sita, along the way they found this Matanga Hill where Sugriva lived with his Minister Jambavan and associate Hanuman.  Two kilometers east of Hampi Bazaar, one can see the Vittal temple built in the 16th Century, and now a World Heritage monument.  The carvings on this temple give an insight into the architectural splendor achieved by the artisans of Vijayanagara empire.  The columns of the temple are so balanced that they have a musical quality.  Queens bath, Hazara Rama temple, Lotus Palace, Elephant quarters are other attractions which cannot be missed.

Hampi is a place for meditation and looks like a miniature painting.  While going around Hampi one can feel the sense of timeless journeys.  Hampis natural heritage comprise of bolders, scrub and marshy lands, Tungabhadra river, birds and wildlife, otter reserve and diverse flora and fauna.  Some trees like sandalwood grow naturally.  Irrigation system is good and assists in rice cultivation. People visit Hampi to watch birds, pristine landscape, blend of river, rock and ecology showcasing a beautiful scene.

Anegundi village- In the year 1334, Anegundis Chief Minister Deva Raya, became the first ruler of Anegundi.  It is also believed to be part of the mythical city of Kishkinda, home to the mighty Indian monkey God Hanuman.  Anjunadri, Hanumans birthplace lies a few kilometers away from Anegundi. A walk around Anegundi streets will present women grinding spices, decorating their houses with rangoli, or weaving banana fiber into bags for the Kishkinda Trusts art and crafts shop.

Conservation is a progressive concept and the community is involved and proper documentation of village homes, ruined houses are maintained with suggested plans that relate to the current needs and materials. Few examples of living projects such as heritage homes as tourist accommodation, village library, Public spaces, proper sanitation plans etc have been achieved by the Kishkinda Trust.  In order to develop local livelihood opportunities for women, with focus  on blending locally available materials and skills, a range of banana fibre products were developed which provided employment to 150-200 women in the village.

All proceeds from product sales support these livelihood initiatives and help the women of the village to earn an independent income, creating confidence which further help to share their experiences and learn from one another as a family, and this reflects the core values of creativity, friendship and community.

Education through performing Arts has been one of the most effective programs where the children get an opportunity to learn dance, music, theatre from various specialized artists.  Children also get to learn the concept of conservation, ecology etc which in the long run help them to get involved in social projects and contribute to community living.

Summing up the webinar Rupinder Brar , Additional Director General stressed the importance of  using the mother earth in a responsible way to preserve and save for future generations.  Hampi is well connected by air, rail and road.  While concluding the session an announcement was made regarding 5 questions related to the webinar will be asked and the viewers can participate through mygov.in and e certificate will be issued to the successful viewers.  The questions related to each webinar will also be posted on Ministry of Tourism social handles.

The Dekho Apna Desh Webinar Series is presented in technical partnership with National e Governance Department, Ministry of Electronics and Information Technology. The Sessions of Webinar are now available on the https://www.youtube.com/channel/UCbzIbBmMvtvH7d6Zo_ZEHDA/featured and also on all social media Handles of Ministry of Tourism, Government of India. 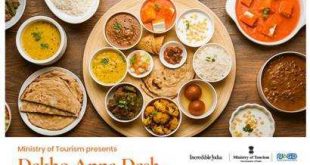 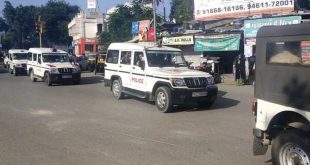 Al Ain Zoo welcomes its visitors on a daily basis, starting from the 17th of September

Al Ain : Al Ain Zoo receives its visitors of all age groups on a …