Home / UDAIPUR / Man hangs self after strangulating wife in Udaipur

Man hangs self after strangulating wife in Udaipur 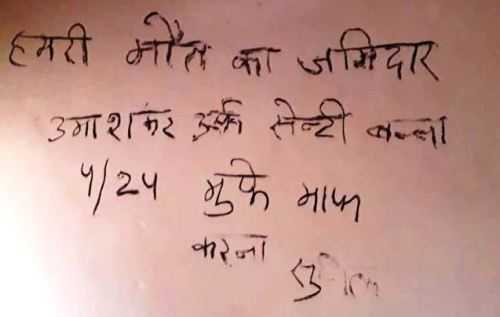 Udaipur : A 52-year old man hanged himself after murdering his 38-year-old wife, suspecting infidelity  in Sector 14 under Govershan Vilas police station area on Tuesday morning. Sunil Soni son of Ganga Kishan Soni first strangulated Suman, his wife in the bedroom, in a fit of rage at a rented accommodation and later reportedly hanged himself with the ceiling of the verandah .

The house owner saw the bodies first when he went to look for the couple late in the  morning when he didn’t see both of them outside. Sunil hails from Ajmer and undertook painting jobs for livelihood while Suman worked as a cook for an Ashram,sources said. They were living in the house for 4-5 years. The couple didnt have any children and they often quarreled as the husband was suspicious of his wife’s character and thought that she was having an affair with someone behind his back.

Few weeks ago the couple had filed complaints against each other at the Mahila Thana but later withdrawn the plaints after reconcilation. Neighbours told the police that the couple often fought with each other and the man even hit her. There were strangulation marks on the woman’s neck and police even found broken pieces of bangles from the bed where the body was found lying.