KIOCL strengthens on the bourses 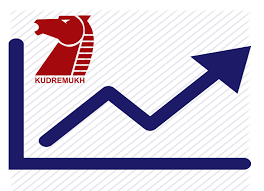 The promoters holding in the company stood at 99.06%, while Institutions and Non-Institutions held 0.51% and 0.44% respectively.

This is the highest quantity of pellets exported since the closure of its captive mines. The company has also entered into high grade new Pellet market where premium is high and is used for making quality steel.